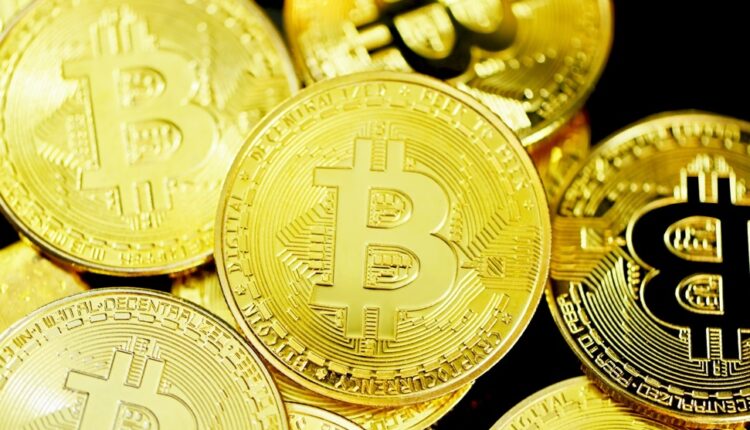 Regulations around stable coin once again took the headlines this week as involved parties struggle to read from the same page.

Meanwhile, more banks have continued showing interest in cryptocurrencies.  Here are the top cryptocurrency stories from the first week of November:

Mayor-elect Eric Adams has promised to stick to his campaign crypto pledge, taking his first three paychecks in BTC.  The Democrat, who enjoyed a landslide 72.8% victory over competing Republican Curtis Sliwa earlier in the week, had campaigned on a promise to make New York City the city of Bitcoin in addition to his intent to fight crime and create a business-suitable environment.

The crypto community has been keen to see how he goes about it, and accepting Bitcoin paychecks seems to be a good start from the mayor. Adams’ decision to take his first salary in Bitcoin followed Francis Suarez’s commitment to do so. The Miami mayor, who has commissioned the ‘MiamiCoin’ in his South Florida city, became the first to pledge on Twitter to become the first political leader in the US to accept a crypto salary.

Seemingly, from the tweet, the New York mayor got inspired, replying that he would take his first three paychecks in the digital asset. At the time, Suarez could only suffice a reply acknowledging the ‘friendly crypto competition’ between their cities, but in what now seemed somewhat of a spur, he told FOX just a few hours later that he would take his entire salary in BTC.

Crypto is more of a region than investment, says investor Mark Mobius

Renowned investor Mark Mobius spoke to CNBC in a Wednesday interview where he voiced his opinion on cryptocurrencies. Noting that inflation in the US is not going down any time soon, the German-born American fund manager explained that this currency inflation can only be resolved by resorting to stock options.

He further explained that in the case of cryptocurrencies and Bitcoin, users believe they are getting rich, therefore classifying it as a religion rather than an investment. He asked investors not to perceive crypto as investment but rather retain it as a way to have fun and speculate. The fund manager has in the past attributed his lack of belief in cryptocurrency to the fact that governments around the world are yet to accept it.

Speaking during a Bloomberg interview back in September, he said that once governments, particularly the US began accepting taxes in crypto, he would change his mind on the digital assets. However, he maintained that he did not see that occurring soon. Mobius criticism of crypto isn’t a single case as other high profile financial executives such as Jamie Dimon have admonished crypto – the JPMorgan CEO  see crypto as ‘worthless’.

Wall Street Journal was first to report yesterday that futures company CME futures had secured a $1 billion investment from Google’s parent company Alphabet Inc. Via this partnership, the futures giant intends to shift its core trading systems onto the cloud. The agreement signed will run for ten years, and with the depth of technology under Google, including advanced artificial intelligence, CME can add newer features to its systems and expand the user base it serves.

Chicago Mercantile Exchange is more than a century old and specialises in providing clients with exposure to markets ranging from gold, stock futures, and even crude oil. The company dived into the crypto space in late 2017, dealing in Bitcoin futures. The firm has facilitated significant development such as BlackRock’s futures trades during this period.

Elsewhere, Mythical Games yesterday said that it has raised $150 million in a Series C funding round that follows a Series B $75 million funding that came in June. The round was led by venture capital company Andreessen Horowitz, with the round placing the next-gen gaming company at a $1.25 billion valuation. The next-gen game technology company said that it intends to use the funds to scale its games by integrating NFTs.

Bitcoin has grown from a range of around $15,000 to now be valued at around $60,000 since such a time last year. Now, banking institution JPMorgan has renewed its prediction on the long-term price it has set for the digital asset, placing it at $146,000.

Business Insider reported on Wednesday that JPMorgan’s strategist Nikolaos Panigirtzoglou had told clients in a note that, if the asset gains preference over gold from institutional investors and its volatility subsides, then that price target would be clocked. He explained that this is so because investors are becoming more and more unsettled about the inflation seen in the last two months. As such, their appetite for Bitcoin as a hedge instrument is growing.

Panigirtzoglou further explained that the shift is hugely due to gold’s failure to respond to the rising inflation concerns. JPMorgan also said that as per its price model, it currently places Bitcoin at a fair valuation of $35,000. The bank added that if the volatility keeps on its downward trend, then a $73,000 2022 price prediction is reasonable.  However, given the angelic rise and meteoric fall of Bitcoin in April/May, the bank added that institutional investors’ belief remains shaken.

Bank of America COO sees the value of crypto to banks

The Commonwealth Bank of Australia is on a path to reshape the banking it offers customers as it has now revealed that users would soon be able to buy, sell and hold cryptocurrency on the bank’s app. Through an announcement made on Wednesday, the bank said it had collaborated with crypto analysis firm Chainalysis and crypto exchange Gemini to bring the new crypto services.

CommBank further said users would be able to deal in up to ten cryptocurrencies, including Bitcoin and Ethereum. Speaking on the new venture to serve customers, Commonwealth Bank CEO Matt Comyn said the bank would provide a platform to allow customers secure exposure to crypto they can be confident in.

Elsewhere, during a Chainalysis event held yesterday in New York, Bank of America COO Tom Montag expressed his view on crypto, saying that he sees it as an asset of interest to the banks rather than a competing one. Montag further hinted that his bank could diversify a fraction of the $3 trillion in assets under management into crypto.

The #1 Worst Breakfast Food for Your Immunity, Says Dietitian