Warning Signs You Are in Danger of Alzheimer’s 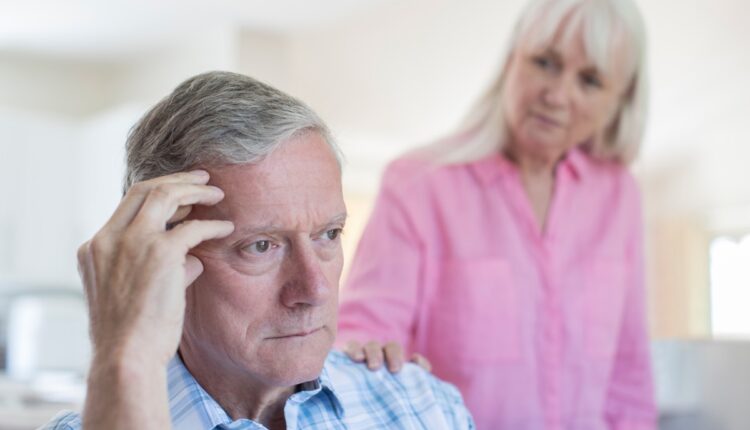 Alzheimer’s is a disease whose first symptoms may be subtle, overlooked or mistaken for something less serious. But it’s important to recognize the signs of Alzheimer’s early, so the disease’s progression can be slowed if possible. These are the most common warning signs that you’re in danger of Alzheimer’s. Read on to find out more—and to ensure your health and the health of others, don’t miss these Sure Signs You May Have Already Had COVID.

Alzheimer’s disease is the most common form of dementia, a group of conditions that involve changes to memory, thinking, and judgment that ultimately interfere with a person’s ability to function. About 5.8 million people are living with Alzheimer’s in the U.S. today.

Most cases are diagnosed in people older than 65, and Alzheimer’s is the sixth-leading cause of death in the U.S. Although Alzheimer’s currently has no cure, a drug called aducanumab (brand name Aduhelm) may slow cognitive decline.

“Memory problems are typically one of the first signs of cognitive impairment related to Alzheimer’s disease,” the National Institute on Aging says. This might include forgetting recently learned information, recent events, or important dates; asking the same questions repeatedly; or increasingly relying on memory aids like notes.

Language difficulties, such as forgetting the right words, can be an early sign of Alzheimer’s. “People living with Alzheimer’s may have trouble following or joining a conversation,” says the Alzheimer’s Association. “They may stop in the middle of a conversation and have no idea how to continue or they may repeat themselves. They may struggle with vocabulary, have trouble naming a familiar object or use the wrong name (e.g., calling a “watch” a “hand-clock”).”

Difficulty navigating familiar routes can be an early sign of dementia. An affected person might have trouble remembering a frequently used highway exit or finding their way home from a familiar neighborhood.

A person with dementia may begin having trouble with reading, writing or complex mental tasks like balancing a checkbook, following directions, or making calculations, says the Centers for Disease Control and Prevention. Familiar tasks, like paying bills, may become difficult. Conversely, coping with the unfamiliar can be hard for a person with dementia. And to get through this pandemic at your healthiest, don’t miss these 35 Places You’re Most Likely to Catch COVID.

The post Warning Signs You Are in Danger of Alzheimer’s appeared first on Eat This Not That.

The #1 Way to Get the Best Care From Any Doctor

We Tasted 10 Hot Cocoa Mixes & This Is the Best