Virus Expert Says Here’s Where Delta Will Strike Next 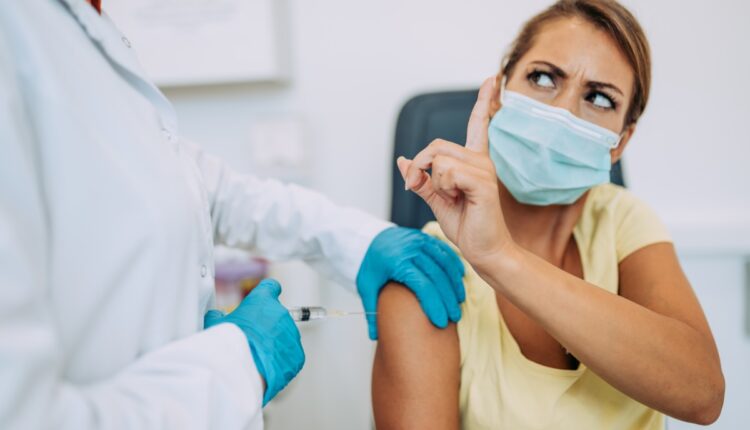 Coronavirus may be on the ropes—with kids 5 to 11 now getting vaccinated—but it won’t go down without a fight. “The Delta infection is going to capture anyone who is unaccinated,” warns Dr. Scott Gottlieb, former FDA commissioner, board member of Pfizer and author of the book Uncontrolled Spread, appeared on Face the Nation opposite Margaret Brennan yesterday. “And that  is ultimately going to be the endgame.” So where is Delta spreading now? Read on to hear where, and to learn 5 life-saving pieces of advice from the doctor—and to ensure your health and the health of others, don’t miss these Sure Signs You’ve Already Had COVID.

“What’s going to happen is this Delta virus is going to play out through the country. Uh, there’s not much we’re going to be able to do at this point to interrupt it. We’ve seen the south being engulfed with the infection. It’s recovered, the virus spread to the Midwest and the Mountain states. And now we see levels coming down those parts of the country. And now it’s starting to spread into the Great Lakes region and parts of New England and what you’ve seen nationally as a stall and the decline in cases. That’s not because we’re seeing a pickup necessarily across the country. What’s happening is that this Delta infection is moving from less populated areas where it had in Gulf, those regions with infection, to more populated areas like Michigan, like Minnesota, like Wisconsin. So it’s showing an overall stall and the decline nationally, this has to play out. The reality is,” he warned, “this Delta infection is going to capture most people who remain unvaccinated. At this point, we’ve done a phenomenal job vaccinating the adult population—at almost 81% of adults over the age of 18 have had at least one dose of vaccine, but for those who aren’t getting vaccinated, they’re going to get infected with this Delta variant. And that’s going to ultimately be the end game.”

Virus Expert Said After the Delta Wave, Maybe Some Restrictions Can Be Lifted

“I think after we get through this Delta wave on the backend of this Delta wave, you’re going to see prevalence be very low across the country. You look at what’s happening in the south right now where there’s seven, eight cases per a hundred thousand people per day. After the Delta waves swept through that part of the country, they paid a very heavy price for it in terms of high levels of infection. But I think after this Delta wave, this Delta virus moves through different parts of the country and it’s moving through the country right now in another month to two months, I think we’ll be on the back end of this. And prevalence will be very low and you’ll start to see local communities lift those restrictions. Some are already lifting them, but I think the schools are probably going to be the last places that we lift.

Virus Expert Said Thanksgiving Should be Safe, With Kids Vaccinated

“Doctor, would you see partially-vaccinated child across the table from their grandparents and Thanksgiving dinner? Is that safe now?” asked Brennan. “I think it’s safe,” said Dr. Gottlieb. “Now, look, we have the tools right now to protect that environment. And I don’t think there’s any reason why people can get together for the holidays and need to look at what the local prevalence is, what the risk is in their community. They need to look at the risk within the setting, in which they’re gathering. If you have older individuals who are very vulnerable to this virus, despite vaccination or people, you know who aren’t going to respond well to the vaccine because they’re immunocompromised, they might have other medical conditions. You need to try to protect that environment. But we have the tools to do that. We can use testing, certainly children who are partially backstage have some immunity, and they’re going to be more protective in that environment. But I think using testing smartly in those settings can help protect that setting.”

“Some of those restrictions, the uptake on the five to 11 vaccine has been very brisk,” said Gottlieb. “And I suspect that uptake’s going to be better than 12 to 17. There was some estimates that, uh, take would be less than 12 to 17. I think it could be the opposite right now. CVS is scheduled to deliver more than 1 million vaccines to kids ages five to 11 today. So I think you’re going to see broader immunity get put into chocolate child population. Now there won’t be mandates on vaccines for kids for a very long time. I don’t see that happening for years, but I do think a lot of parents are going to go out and vaccinate their children and that’s to improve the situation to safety in schools.”

He added: “I think the White House rollout has been outstanding on a five to 11. Look how broadly available it is within a two week period. Anyone who wants to vaccinate their child will be able to do it, ages five to 11. Some parents are gonna have to wait a week to get an appointment. The appointments got filled up right away, but everyone’s going to be able to vaccinate their kids within seven to 10 days of the availability of this vaccine. … It’s in pediatrician’s offices, communities holding mass clinics around schools, it’s available in pharmacies. That’s a very difficult logistical feat. And I think the administration learned from some of the past challenges we have rolling out the vaccine and correct it for a lot of the problems we’ve had in the past.”

RELATED: I’m A Doctor And Warn You Never Take This Supplement

Gottlieb recently said we were at ” the end of the pandemic as we know it.” “Yeah, look, I think that that’s right,” he said again. With a big “But”: “I think that we’re close to the end of the pandemic phase of this virus and we’re going to enter a more in depth phase and as things improve cases may pick up, you know, that’s what happened in the UK, the UK, we saw a spike in cases, but it’s like, it’s pretty much back to normal life. That pre pandemic types of levels in the UK right now and cases are starting to decline again. So as the situation improves here in the U S people are going to go out, more cases may pick up, but that doesn’t mean that we’re entering into another wave of infection. I think what close to the end of this, this Delta wave is the last major wave of infection. We’ve always said that two of the events that would demarcate the end of this pandemic was being able to vaccinate our children. We’re now able to do that down to age five and also having a widely available or orally accessible drug that could treat coronavirus at home to prevent people from being hospitalized or dying. And we now have two of those potential pills, one from Pfizer and one from Merck. And there’ll be more behind that.” So get vaccinated, and to protect your life and the lives of others, don’t visit any of these 35 Places You’re Most Likely to Catch COVID.

The post Virus Expert Says Here’s Where Delta Will Strike Next appeared first on Eat This Not That.

Stop Doing This Or You’ll Get High Cholesterol, Says CDC

ALDI Shoppers Say These Are The Best Frozen Meals on Shelves