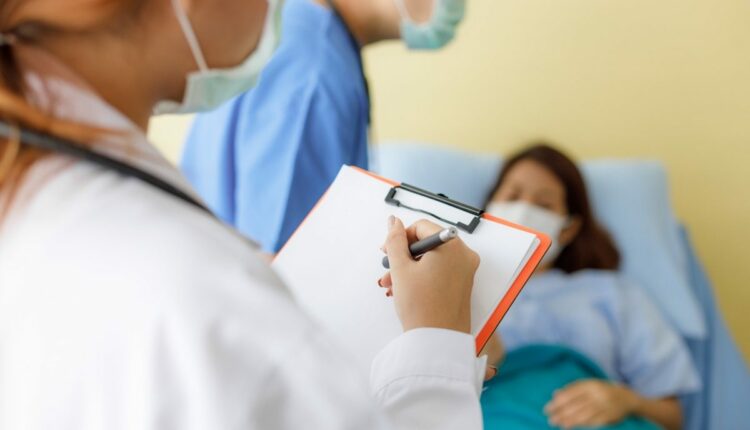 It’s OK to be corona-confused. Cases nationwide are going down but with 64 million Americans still unvaccinated, you must be careful. Meanwhile, boosters are available now to eligible people, but which one should you take and when? To clear things up a bit, Dr. Scott Gottlieb, former FDA commissioner and Pfizer board member, appeared yesterday on Face the Nation. Read on for his essential pieces of advice, including where COVID cases are still rising in America—and to ensure your health and the health of others, don’t miss these Sure Signs You’ve Already Had COVID.

Virus Expert Warned Cases are Rising in These Areas, but Overall, the Delta Wave May Be Ending

There’s a new “Delta plus” variant coming out of the UK but “I don’t think this is enough to really change the trajectory, the direction we’re heading in,” said Dr. Gottlieb. “We’re much closer to the end of this Delta wave than we are to the beginning. The South looks very good right now, in the Midwest, where there has been a very dense epidemic, we see cases starting to decline. There’s a pickup in cases in the Great Lakes region, in parts of New England. So that’s concerning. This Delta wave still has to coarse its way through parts of the country. But I think as we get to Thanksgiving and maybe shortly thereafter, we’re going to be on a downswing across all country. You’re seeing cases come down all across the country. This new variant, we think it could be more contagious. I don’t think it’s enough to change the overall trajectory. My lament is that we’re not better at figuring out these questions. I mean, we should have an answer to the question of just what the characteristics of this new variant are and what kind of risk it poses.”

“So you said the other day, there are two remaining pockets of vulnerable, the very young and the very sick,” said host Margaret Brennan. “So let’s start with a compromise. This week, we lost the former secretary of state Colin Powell. He was battling multiple myeloma. His family said he succumbed to COVID though he had been vaccinated. What is the lesson there?”

“Look, I don’t think anyone should die from COVID. Now this is an avoidable death,” said Gottlieb. “People who have intact immune systems have vaccines available to them, highly effective vaccines. There’s two pockets of vulnerability to your point, young children who will eventually be able to vaccinate and then people who are immune and competent, they can’t mount an effective response to the vaccines because they’re organ transplant patients because they’re on active chemotherapy. We have the tools to protect them. We could be using the antibody drugs on a prophylactic basis, giving them regular infusions, probably monthly infusions to protect them through this Delta wave. The drugs are being used that way off label they’re available into compassionate use. There’s an emergency use authorization sitting with the FDA right now for that specific use. Look, I was an adult cancer patient at one point undergoing chemotherapy. If I was in that position right now, I would be wanting to use these drugs on a regular basis to protect me. These patients have become prisoners in their homes because they know how vulnerable they are. We know there’s people who aren’t gonna respond well to the vaccines. We can be protecting them.”

Virus Expert Said This About Vaccines for Kids 5 to 11

Vaccines may be available to kids 5 to 11 as soon as early November. “The effort has been to push the vaccine for five to 11 into pediatrician’s offices,” said Gottlieb. “So Pfizer, the company I’m on the board of, is developing a tray. That’s 10 vials, 10 doses. Each vial sets a hundred doses. That’s small enough that any small to medium sized pediatrician’s office can stock the vaccine and deliver it. A refrigerator in a regular refrigerator could be stored in a regular refrigerator for up to 10 weeks. That was formed. It was purposely packaged that way. And so the idea is to try to get it into pediatrician’s offices, because we know that, you know, getting children backstage is a much more consultative endeavor. Parents have been wanting to talk to their own pediatrician about that. And so you want the vaccine to be delivered at those sites. You don’t want children to have to go to mass vaccination sites or even necessarily a pharmacy. You want them to be able to go into the comfort of their own pediatrician’s office. So the administration has been behind that the company has been behind it. That’s been the plan all along once. If Pfizer does get the authorization on Tuesday from FDA, even before the CDC votes on this on November 2nd and third, they’ll start to ship it into the supply chain. So it will be available for use at once. There’s a hopefully positive vote from CDC. So it could be as early as November 4th and fifth, that you can go into some locations and get your child vaccinated.”

Virus Expert Said This About Your Boosters

Gottlieb said you can mix and match your booster brand—get a Pfizer booster, for example, after a Moderna or J&J shot—but “there are certain patients who might want to switch vaccines, but I think by and large, most people are going to prefer the vaccine that they had, or that’s going to be the general recommendation that comes out of CDC. They didn’t issue that guidance yet. In terms of the total general population, the criteria for who’s eligible for booster is fairly broad and it was purposely broad. And the administration sends a signal to the pharmacies that they wanted this to be a frictionless process. So I think they want these to be generally available for people who deem themselves to be at sufficient risk of contracting COVID or spreading COVID, that they could benefit from a booster.”

RELATED: Dr. Fauci Said Here’s Who Can Get Boosters Now

“We don’t really have a coordinated system globally,” lamented Gottlieb. “We parcel this out to certain academic groups where we’re dependent upon certain academic researchers to do this kind of analysis. The UK is very good at identifying these new variants. They have better sequencing in place than we do, but we don’t have good followup in terms of the epidemiological work to try to figure out whether or not these new virus is spreading more aggressively. This one, if it is more contagious, it appears to be perhaps slightly more contagious. Again, the vaccine should be protective. And certainly people who are infected with Delta will be protected probably against this new variant. So I don’t think this is going to be a new variant that sweeps across the globe and we’re back. And we’re back at square one here. I think that this is something that’s going to probably push us in a direction of eventually reformulating our vaccines for Delta backbone vaccine. Because what we’re seeing is the new mutations are occurring within that Delta lineage.” So get vaccinated ASAP, and to protect your life and the lives of others, don’t visit any of these 35 Places You’re Most Likely to Catch COVID.

The post Virus Expert Just Said Where COVID Strikes Next appeared first on Eat This Not That.

I Tasted 7 Brands of Oatmeal & This Is the Best