Turns Out, Bacon Is Even Worse For You Than We Thought 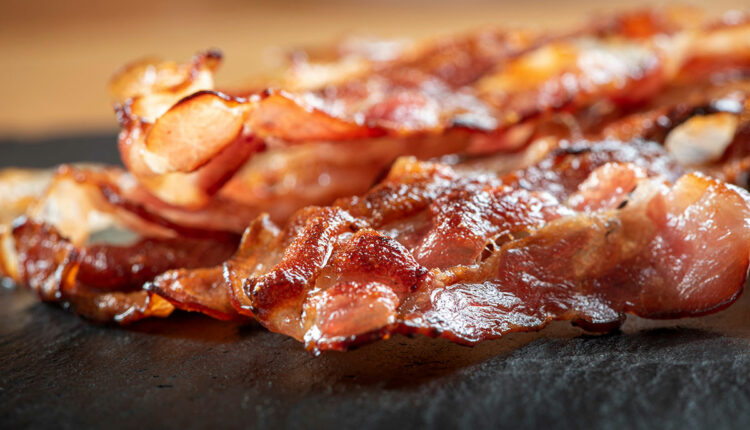 While sizzling bacon in the morning is delicious, research over the years has truly cast this pork product in a poor light. This salty staple contains a ton of fat and salt, which some say can wreak havoc bacon on your health. But is it really that bad if you like to indulge in it regularly?

We caught up with a handful of experts to uncover the true nature of bacon, and as it turns out, this one-of-a-kind breakfast side presents more dangers than you could have imagined. If you love to start your day with a few strips of bacon, make sure to take these side effects to heart and avoid overindulging in this item that has the potential to cause some serious long-term damage.

Here’s what you need to know, and for even more eating tips, be sure to read up on our list of the 100 Unhealthiest Foods on the Planet.

Bacon consumption is linked to increased risk of disease.

“The main problem with bacon is how it is preserved,” says Sally Stevens, RDN. “Modern processing relies heavily on nitrites and nitrates and far less on sodium salts to pickle the bacon. Bacon contains nitrates and nitrites that have been shown in very high doses to be potential human carcinogens. There is some indication that nitrates in processed meats increase the risks of colon cancers, heart diseases, and diabetes.”

“A little bacon once in a while is unlikely to harm you,” Stevens continues. “However, if you are going to eat bacon try to make sure it is the better-quality bacon instead of that horrible cheap wet soggy limp and loaded with nitrates junk.”

RELATED: Get even more healthy tips straight to your inbox by signing up for our newsletter!

“A 2015 study found that eating processed meats like bacon led to a higher risk of early death,” says Jay Cowin, NNCP, RNT, RNC, CHN, CSNA at ASYSTEM. “The study showed that for every additional 50 grams of processed meat eaten each day, there was a 33% heightened risk of early death and an 8% increased risk of developing heart disease or diabetes.”

“The study didn’t show exactly how many strips of bacon would equal 50 grams—but it’s safe to say it’s around two strips if we’re estimating based on what we know about portion sizes,” says Cowin. “It’s not really possible to determine where all the saturated fat and sodium and protein and nitrates in bacon come from—so those factors may play into some people’s calculations as well.”

If you need to watch your weight, make sure to keep your bacon consumption to a minimum.

“Bacon is calorie-dense,” says Dr. Daniel Boyer of Farr Institute. “Calorie dense food is a major cause of overweight and obesity, according to the World Health Organization. When you eat more calories than your body needs, the excess calorie is normally stored in your body as fat leading to excess body weight.”

Dr. Boyer also points out that “heart-related disease has been reported to be the leading cause of death in the United States, according to the Centers for Disease Control and Prevention.”

In addition to fat, this pork product packs in a ton of salt.

“Bacon is not the best food you can eat—in fact, it’s probably among the worst things for your body,” says Edibel Quintero, MD, medical advisor at HealthInsider. “To explain it better, if we take four slices of bacon we will have almost 900 milligrams of sodium in them which is more than 40% of the recommended daily value. Sodium is especially harmful to our health as it is connected with an increased risk of high blood pressure and stroke.”

Putting down the bacon can feel impossible, but if you need to limit your sodium intake, don’t give up. Try out 24 Ways Nutritionists Say You Can Cut Salt—Without Sacrificing Flavor and find the perfect balance between flavor and health.

Bacon is linked to male infertility.

This claim comes on the heels of another study published through The American Society For Reproductive Medicine, which found that the consumption of processed meat led to poorer sperm quality.

For even more eating tips, read these next:

The post Turns Out, Bacon Is Even Worse For You Than We Thought appeared first on Eat This Not That.

Everyday Habits That Age Your Body