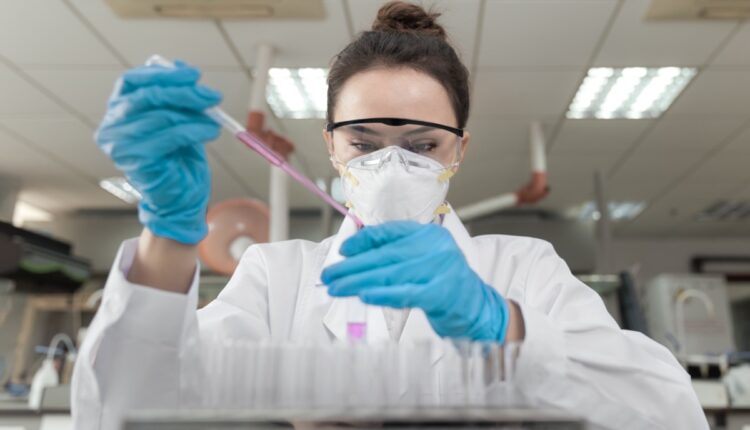 According to the World Health Organization, more than 55 million people worldwide suffer from dementia, “a syndrome – usually of a chronic or progressive nature – that leads to deterioration in cognitive function (i.e. the ability to process thought) beyond what might be expected from the usual consequences of biological aging.” The most common symptoms of dementia include memory loss, becoming lost in familiar places, changes in learning or thinking and becoming confused while at home, but taking a daily multivitamin might help slow cognitive delay according to a new study. Read on—and to ensure your health and the health of others, don’t miss these Sure Signs You’ve Already Had COVID.

The results of the study haven’t been revealed publicly yet, but NBC News reports the Clinical Trials on Alzheimer’s Disease conference are currently under review and have not yet been published in a peer-reviewed journal. A number of questions remain as to how big of a role supplementation may play, but Laura Baker, a professor of gerontology and geriatric medicine at Wake Forest School of Medicine, who led the trial, said if further research confirms the findings, multivitamins could fill a gap in preventive care. “I am always looking for something that is inexpensive and accessible to everyone, especially to communities that don’t have access to expensive interventions,” Baker said. “It’s already such a widely used supplement and we need to know if it might have any benefits for cognitive function.”

The Participants of the Clinical Trial

The COcoa Supplement and Multivitamin Outcomes Study had 21,442 men and women. According to the Cosmo Trial website, “The study has investigated whether taking daily cocoa extract supplements containing 500 mg/day cocoa flavan-3-ols or a common multivitamin reduces the risk for developing heart disease, stroke, cancer, and other important health outcomes. Although results from previous studies have been promising, the health benefits of taking these supplements have not yet been proven. The only way to determine whether or not cocoa flavanol and multivitamin supplements help maintain health is by conducting a large-scale trial, such as COSMOS.”

How the Trial Worked

NBC News reports, “Participants were evaluated at the beginning of the study before being blindly prescribed either a daily placebo, a multivitamin, a cocoa extract supplement or both a cocoa extract supplement and multivitamin. Once a year for three years, the participants underwent a series of tests that evaluated their overall cognitive function, memory and executive function. Those who took a daily multivitamin showed a statistically significant improvement in memory and executive function associated with normal and pathological aging, including Alzheimer’s disease, compared to the placebo group in the first two years of the study, the researchers found. After that, the benefits plateaued. No benefits were observed in the group taking the cocoa supplement. The multivitamin appeared to slow cognitive decline by about 60 percent, or the equivalent of 1.8 years.”

Why Cosmo is Important

The  Cosmo Trial website states, “Cocoa is an ancient fermented product made from the bean of the cacao tree, Theobroma cacao. Cocoa products contain catechins and epicatechins, readily water-soluble flavonoids classified as flavanols, a subclass of flavonoids with vascular health benefits. Experimental and clinical studies testing the consumption of cocoa products and cocoa flavanols have noted potential benefits on platelet activation, endothelium-dependent vasodilation, inflammation, blood pressure, and insulin resistance, which may translate into important cardiovascular benefits. COSMOS represents the first large-scale trial in women and men to evaluate the long-term effects of a cocoa extract supplement on cardiovascular health outcomes.

Multivitamins are the most common dietary supplement taken in the U.S., with more than one-third of adults reporting regular multivitamin use. While the primary purpose of multivitamins is to reduce vitamin or mineral deficiencies, many U.S. adults still take multivitamin supplements to reduce chronic diseases or promote general health and well-being. Our research group previously conducted the Physicians’ Health Study (PHS) II, a randomized trial testing a multivitamin in 14,641 men aged ≥50 years. We found a modest but significant 8% reduction in total cancer, and no effect on cardiovascular disease. Further, there was suggestive evidence that daily multivitamin use may have greater benefits among men with a prior cancer diagnosis. As yet there are no corresponding randomized trials conducted among women, and the nature of the data in men indicates that these findings should be replicated to determine whether a multivitamin reduces the risk of cancer, particularly among women and those with a history of cancer.”

While some supplements have been known to help slow the onset of dementia, experts are warning caution. NBC reports, “According to Dr. Domenico Praticò, director of the Alzheimer’s Center at Temple University in Philadelphia, certain vitamin deficiencies, including vitamins B6, B12 and E, have been linked to memory loss.” Praticò said, “I don’t want to give the false message that multivitamins are the golden ticket for good memory. I would only recommend a multivitamin if my patient has a deficit of certain vitamins in the blood.”

Baker agreed. She told NBC, “If we have two trials that show a positive outcome and one that shows the intervention didn’t have an effect, then I’ll feel confident,” Baker said. “But right now we just have a one-to-one, and I don’t want to lead people astray if we’re wrong.” And to get through this pandemic at your healthiest, don’t miss these 35 Places You’re Most Likely to Catch COVID.

The post This Vitamin May Stop Dementia, Says New Study appeared first on Eat This Not That.

The #1 Best Fruit to Eat For Your Gut Health, Says New Study