This Popular Snack Food May Be Contaminated with Metal, FDA Says 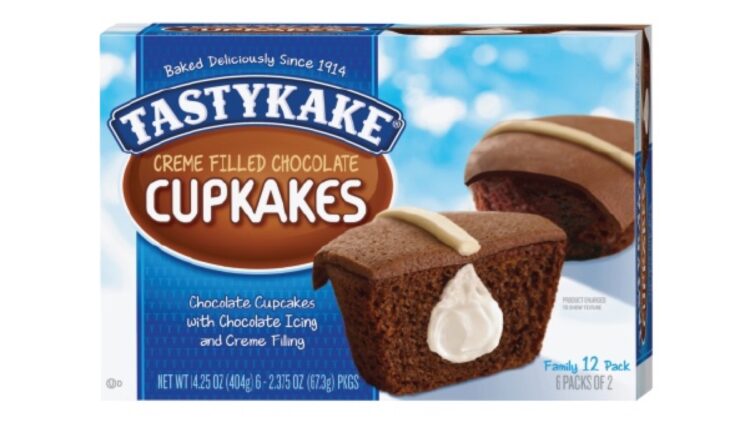 When you head to the snack food aisle at your local supermarket, odds are you aren’t there for your health. You probably know that many snack foods, from chips to cookies, are loaded with sugar, salt, and processed ingredients—but in the case of one popular snack, those ingredients may be the least of your worries.

A major food manufacturer has just announced the recall of multiple products after it was discovered that they may be contaminated with pieces of metal.

Read on to find out which products are being pulled from stores and what you should do if you have them at home. And for more foods you’re better off avoiding, check out these Popular Costco Foods That Are Making You Gain Weight, Say Dietitians.

Certain Tastykake cupcakes are being recalled.

On Oct. 31, the FDA announced that Flower Foods, Inc. had voluntarily recalled Tastykake multi-pack cupcakes as a “precautionary measure.”

RELATED: If You Bought This Food at Target, Throw It Away Now, Authorities Say

The products were sold in seven states.

As of Nov. 1, 2021, Walmart, Target, and Giant Eagle had announced that the recalled Tastykake products were being pulled from stores; additional retailers may have also sold the affected products.

For the latest food safety news delivered to your inbox, sign up for our newsletter!

The cupcakes may have pieces of metal in them.

The recall was initiated after a vendor to Flower Foods informed the company that an ingredient in the cupcakes may have been contaminated.

Specifically, the cupcakes may contain “tiny fragments of metal mesh wire,” the recall notice states. No adverse effects related to consumption of the recalled cupcakes had been reported at the time the recall was announced.

RELATED: Walmart Is Recalling This Item After Two Deaths Were Reported

If you purchased any of the recalled cupcakes, don’t eat them.

If you have any of the recalled cupcakes at home, don’t eat them.

Instead, either throw them away or return them to the store from which they were purchased for a full refund. If you have questions about the recall, contact Flower Foods at 866-245-8921 on weekdays from 8 a.m. to 5 p.m. or via the Flower Foods website.

These 4 Popular Bagged Salads Were Just Recalled in 10 States
At Least 21 People Are Sick After Eating This Trader Joe’s Item, CDC Says
Onions From These Popular Brands Are Being Recalled After 200 People Were Hospitalized

The post This Popular Snack Food May Be Contaminated with Metal, FDA Says appeared first on Eat This Not That.

The #1 Cause That Makes You Look Older, According to Science