This Mega Grocery Store Chain is Opening Even More Stores 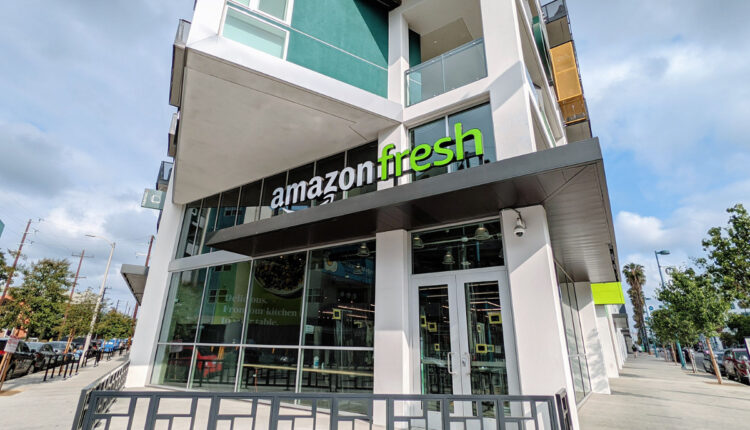 Amazon is known for its uber-fast delivery, but the company is stepping up its in-person supermarket game. Not everyone has local access to the Amazon Fresh stores yet, but this grocery store chain is trying to change that—and word is getting out that new locations are popping up everywhere.

The expansion has been a quick one, as Amazon started its plan to open dozens of new markets earlier this year in addition to its 11 original ones. Now there are 19 Amazon Fresh stores and counting, and the company shows no signs of slowing down.

Related: Kellogg Is Doing This to Avoid a Cereal Shortage

Of the new openings, New Jersey shoppers are getting not just one, but two Amazon Fresh stores. One will be planted in Holmdel and another will be in Eatontown, which are both near the eastern coast of the state. The news is what the Asbury Park Press describes as “an open secret” since there has been no word from Amazon itself about the supermarket locations, NJ.com says.

In another location, the newest Amazon Fresh store just celebrated its opening in early November in Westmont, Ill. which is just west of Chicago. The location is making efforts to combat food waste by giving food banks surplus items Patch reports. It is also one that features the “Just Walk Out” technology that the now-closed Amazon Go Grocery stores used. Back in May when the company announced it was shutting down or transitioning its Go Grocery stores to Amazon Fresh stores, it also said this innovation would live on. Westmont shoppers can now simply walk in, pick up their items off the shelves, place it in their cart, and walk out the door. Sensors and other technology take care of the payment.

Farther down south, yet another Amazon Fresh store is expected to open in West Boca, Fla. just outside of Boca Raton. Construction of a grocery store is just about finished, the South Florida Sun-Sentinel says, but there is a big addition people noticed when it was first being built—what looked like a drive-thru lane.

Back in September, Progressive Grocer investigated and found that the 35,000-square-foot Amazon Fresh appears to have a drive-thru lane covered by a canopy on the east side of the building. There is no word yet on when this new location and its drive-thru will open.

These and other Amazon Fresh stores opening soon plan to adopt the latest features that the company has to offer. In addition to the “Just Walk Out” technology, Amazon has toyed with smart Dash carts that track the grocery items placed inside, Ask Alexa stations, and, of course, the Amazon shopping app.

For more info about what’s happening at the grocery store in your neighborhood, read these next:

And to get all the latest grocery store news delivered right to your email inbox every day, sign up for our newsletter!

The post This Mega Grocery Store Chain is Opening Even More Stores appeared first on Eat This Not That.

The Best Self-Care Habits That Improve Your Immunity, Experts Say