This is What Made Dr. Fauci Cry in Documentary 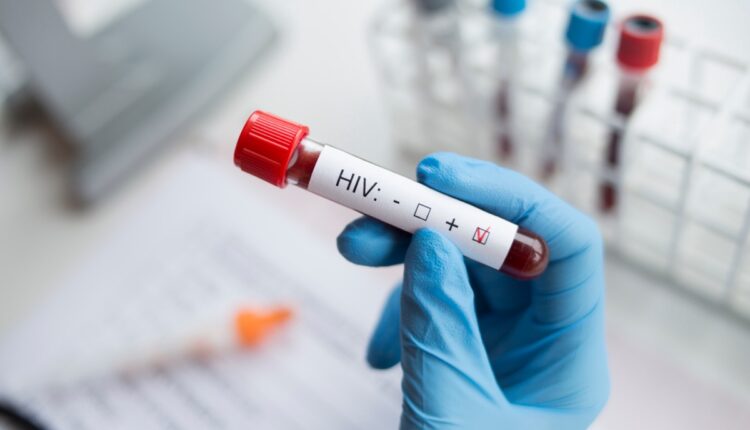 For many Americans, Dr. Anthony Fauci, head of the National Institute for Allergy and Infectious Diseases, became the voice of science and reason during the COVID-19 pandemic. For others, he became a political chew toy. The filmmakers behind the new Disney Plus documentary Fauci explore that strange dichotomy in unpacking his life story—in more than five decades as a public servant who’s advised six presidents, Fauci has had to respond to AIDS and Ebola, but nothing prepared him for the often-vitriolic public reaction to his efforts in fighting COVID-19. Read on for five of the documentary’s most revealing moments—and to ensure your health and the health of others, don’t miss these Sure Signs You May Have Already Had COVID.

This Made Fauci Choke Up

Fauci was head of a lab at the NIAAD when HIV/AIDS first surfaced in 1981; he recalls the frustration of not being able to save early victims of the disease. (The HIV virus was not isolated as the cause of AIDS until 1984, and effective treatment was more than a decade away.) At one point in the documentary, Fauci recounts the time he visited an AIDS patient who, having gone blind from the disease, no longer recognized him. Recalling this, Fauci’s voice cracks and he takes a few seconds to regain his composure. “Post-traumatic stress syndrome—” he says. “That’s what it is.” The New York Times called this “one of the film’s most arresting moments.”

RELATED: If You Got Pfizer, Here’s Your Booster Info

The film points out that Fauci was one of the first government officials to make a case for AIDS research and prevention. ​​”I wrote an article in 1981 saying that if we think this disease is going to stay confined to a very discrete group of people, we’re kidding ourselves,” says Fauci. “I submitted it to a major journal. They rejected it because one of the reviewers said I was being too alarmist.”

RELATED: These 8 States are Next COVID “Hotspots,” Says Virus Expert

Before the COVID-19 pandemic, Fauci attracted backlash in the 1980s and ’90s from HIV/AIDS activists who claimed Fauci and government officials weren’t doing enough to stop AIDS. Fauci and his family members say the COVID-19 backlash has been worse.

“Activists are mistaken when they assume that scientists do not care about them,” said Fauci at the International AIDS Conference in 1990. “This is devastating to a physician scientist who has devoted years to AIDS research, particularly when they themselves see so many of their own patients suffering and dying.”

Watching a clip of those remarks during an interview for the documentary, Fauci teared up again.

The filmmakers interview Peter Staley, an HIV/AIDS activist since the ’80s, who occasionally clashed with Fauci during that era; they later became friends. Staley reveals he now calls Fauci just to talk. “When he became this target,” says Staley, “I just kept checking in.” One night, Fauci tells Staley that his wife and daughters are being harassed and have gotten so many disturbing phone calls that their number has been changed. “These f—ing dark-Web people, they’re really getting bad,” says Fauci.

RELATED: People With Delta Usually Feel This at the Beginning

“We’re Going to Get Through It”

The post This is What Made Dr. Fauci Cry in Documentary appeared first on Eat This Not That.

Is Coffee Just as Healthy as Tea?