This Costco Food Could Be Contaminated with Sharp Plastic, FDA Says 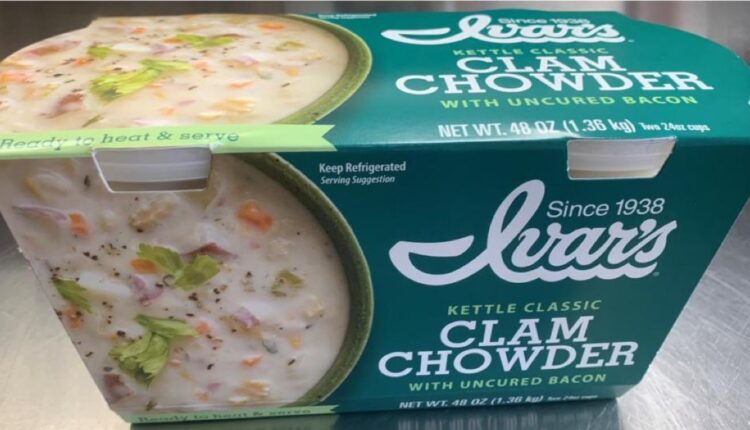 Costco is one of the most beloved stores in the U.S. and with good reason. Not only does the mega-retailer offer hard-to-beat prices on everything from clothing to personal care products to food, its free samples and friendly customer service have earned it a legion of devoted fans.

However, with so many items to choose from, not every Costco product can be a winner. Unfortunately, such is the case with one Costco-exclusive food item—and now 15,000 products are being pulled from the retail giant’s shelves.

The soup was recalled after Ivar’s received a customer complaint from someone who reported discovering a piece of hard plastic in their soup on Oct. 17.

“The piece of plastic found by the consumer is in the shape of a half circle with some of the center missing, with edges that are sharp and pointed. The diameter of the circle is approximately 1 ½,” Ivar’s explains in its recall notice.

At the time the recall was announced, no injuries or illnesses related to consumption of the soup had been reported, but Ivar’s recommends that anyone who purchased the affected products refrain from eating them.

If you are in possession of the recalled soup, you can return it to a Costco store to receive a full refund or throw it away. Costco has been instructed to remove the affected products from stores. If you purchased the affected soup and have questions about the recall, you can contact Ivar’s Soup & Sauce Company on weekdays between 8 a.m. and 5 p.m. PT at 425-493-1402.

For the latest food safety news delivered straight to your inbox, sign up for our newsletter!

4 Biggest Complaints Shoppers Have About Costco Right Now
Costco May Have a Shortage of This Holiday Staple at All Stores
The Best & Worst Bulk Buys at Costco—Ranked!

The post This Costco Food Could Be Contaminated with Sharp Plastic, FDA Says appeared first on Eat This Not That.

If You Bought These Popular Snacks, Don’t Eat Them, USDA Warns