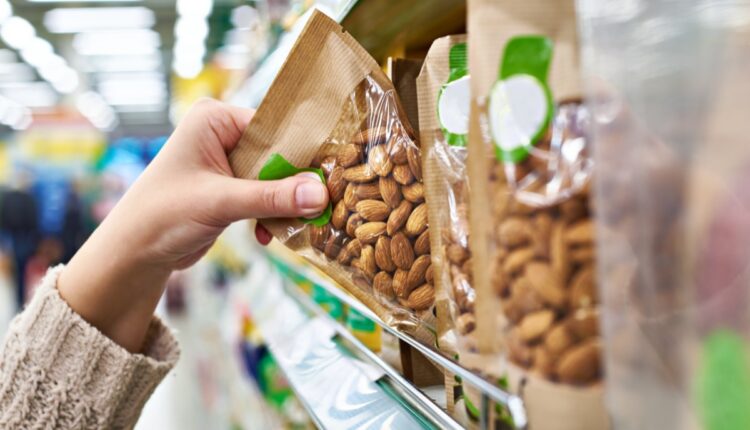 You already know that you want to be thoughtful about the foods that you eat, but it turns out you may also want to look out for certain kinds of packaging materials, too. More specifically, it might be best to avoid foods packaged in plastic since exposure to phthalates, aka toxic chemicals found in many plastic food containers, could have serious health consequences. In fact, a new study finds that phthalates contribute to anywhere from 91,000 to 107,000 deaths per year.

In the study, which was published in the journal Environmental Pollution, researchers compared data from participants in the U.S. National Health and Nutrition Examination Survey from 2001–2010 (who provided urine samples to be tested for phthalates) to information about deaths through the end of 2015. They looked at deaths from all causes, deaths from cancer, and deaths from cardiovascular disease. Ultimately, researchers found that phthalates increased the risk of death from all causes and of death from cardiovascular issues.

RELATED: This Harmful Chemical in Food Packaging Was Hidden from the FDA, New Report Says

“Phthalates disrupt metabolism in multiple ways, especially by hacking hormones,” lead author Leonardo Trasande, MD, MPP, told Eat This, Not That! in an interview. “They also contribute to inflammation, a key process in heart disease.”

While inflammation is a vital part of the healing process, chronic inflammation can have serious health consequences. In addition to being associated with heart disease, as Trasande mentioned, it can also increase your risk of cancer, arthritis, type II diabetes, and Alzheimer’s disease, among other conditions.

“The study seems to be well done and is done by a trustable scientist, Trasande, [and it is an] important study regarding the health consequences of exposure to plastic related chemicals,” says Monica Lind, Ph.D., an environmental toxicologist and adjunct professor at Uppsala University’s Department of Medical Sciences. “The study tells us that actions to minimize exposure to phthalates should be taken, as we should [take precautions] when such results as these are presented.”

It’s probably a good idea, given that phthalates have been linked with a bunch of frightening health consequences. A 2012 study published in the journal Gene noted a link between phthalates’ endocrine-disrupting effect and increased risk of genital, prostate, ovarian, and breast diseases, among others. A 2016 article in the journal Environment International highlights the association between phthalates and fertility issues, respiratory diseases, and brain disorders.

So, keeping this risk in mind could help protect you from some of these negative health consequences. Reducing your consumption of foods that have been packaged in plastic could be a good place to start, even if you think the packaged meal is a healthy one.

“People may assume phthalates contaminate unhealthy foods only,” says Trasande. “That is not true—plastic wraps are used in all types of foods.”

For more on avoiding unseen dangers in your foods, check out these 10 Most Toxic Ingredients Lurking In Fast Food. Then, don’t forget to sign up for our newsletter!

The post This Chemical Found in Groceries Kills More Than 90,000 People Every Year, New Study Finds appeared first on Eat This Not That.

We Tasted 5 Fast-Food Chicken Nuggets & These Are the Best