These are the 5 “Worst States for Driving,” Says New Study 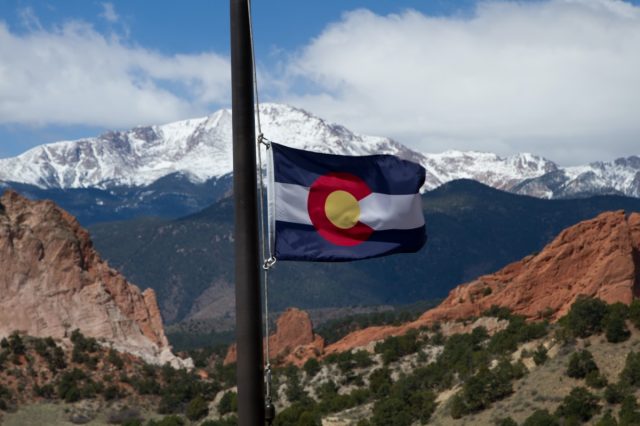 Have you ever traveled somewhere and thought, “the drivers here are unusually bad?” If so, you’re not alone. There’s good and bad drivers everywhere, but Bankrate ranked the best and worst drivers by state. According to their recent study, a number of factors went into their survey and cited interesting facts behind their findings. In their own words:

“Cost: The cost subcategory encompasses the average prices for vehicle repairs, gas and auto insurance in each state. Since cost is a factor that heavily affects our everyday quality of life, our team weighed the cost the heaviest in our analysis at 45%.
Driving quality: Driving quality encompasses factors that affect drivers on the road, including road and bridge conditions, average commute times and average time spent in traffic per year. This category is weighted equally with safety at 25%.
Safety: Safety encompasses DUI arrests, traffic fatalities, seat belt non-use, chances of colliding with wildlife and motor vehicle theft. This category is weighted equally with driving quality at 25%.
Weather: Weather includes average precipitation and the average number of fatalities in which rain, snow or sleet were present. This subcategory was weighted the lowest at 5% since weather patterns vary within states and are likely to be a lesser concern than overall road quality, traffic fatalities, urbanized congestion and costs associated with owning a vehicle.”

So which are the worst? Read below to find out where the best drivers are and the states you might want to avoid driving in—and to ensure your health and the health of others, don’t miss these Sure Signs You’ve Already Had COVID.

“Despite being one of the best states in terms of our driving-related weather metrics, Colorado is one of the worst states for drivers. First, Colorado is one of the top ten worst states for drivers in terms of cost. Drivers in the state contend with high gas prices and auto insurance costs, with full coverage car insurance premiums averaging $342 more per year than the national average. Colorado drivers also deal with poor road quality and a higher level of urbanized congestion than the national average,” said Bankrate.

Says Bankrate: “Rhode Island ranked as the fourth worst state for drivers overall on our list and fifth worst for our driving quality metric. The state has the highest number of roads and bridges in disrepair, and Rhode Island residents spend more time in urbanized congestion than residents of 45 other states, on average. In addition, Rhode Island drivers pay more for their car insurance, spending an average of $344 more per year for full coverage car insurance than the rest of the country.”

“Maryland is one of the worst states for drivers, primarily due to high car insurance costs and poor road and bridge quality. On average, Maryland drivers pay hundreds of dollars more per year for their full coverage car insurance than the national average. The state has a high urban congestion rate, and its infrastructure quality ranks worse than in 40 other states,” according to Bankrate.

Says Bankrate: “Louisiana is quite expensive for drivers. The state’s average car insurance rates are the highest in the country, coming in at $2,724, which is $1,050 higher than the national average for full coverage. In addition to the high cost for drivers, Louisiana has a high fatality rate on state roadways and significant urbanized congestion.”

And the #1 Worst State for Drivers is…California

So which are the best states?

“The best states for drivers are generally found in the Midwest, with Ohio leading the pack for its low insurance rates and gas prices,” Bankrate explained.”According to our research, Ohio is the best state for drivers,” said Bankrate. “Iowa, Utah, Indiana and Idaho also made the list. And to get through this pandemic at your healthiest, don’t miss these 35 Places You’re Most Likely to Catch COVID.

The post These are the 5 “Worst States for Driving,” Says New Study appeared first on Eat This Not That.