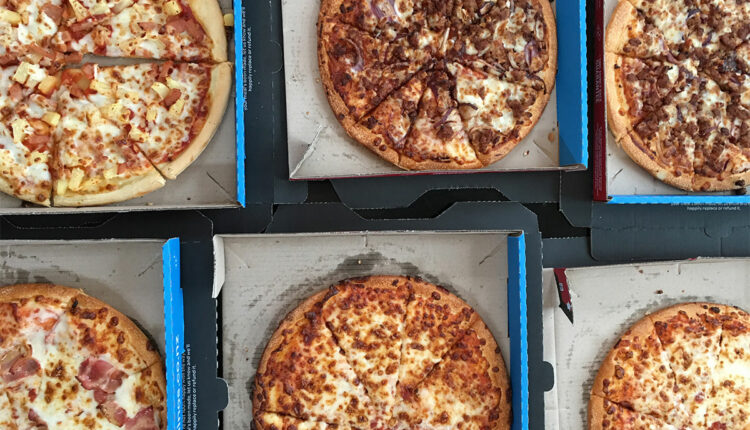 For a while there, Domino’s looked pretty invincible. Earlier this year, America’s largest pizza chain added another notch to its proverbial belt by being recognized as the largest pizza chain on the planet. Domino’s operates more than 18,000 global restaurants, while the second-largest competitor Pizza Hut trails behind with some 17,800.

The reasons for Domino’s dominance over the past decade or so largely come down to an agile and adaptable business model that bore out innovations like a huge shift to digital orders. According to CNBC, the chain now gets three-quarters of its orders placed digitally—which helped them conquer even more of the fast-food pizza market during the pandemic.

And while Domino’s reported some of the strongest sales in the brand’s history during the past year and a half, the latest figures show that the tide is shifting and that the pandemic boost propelling the chain to new heights is dwindling. For more, check out 8 Secrets Domino’s Doesn’t Want You to Know.

Domino’s had stellar sales early on in the pandemic

Last year was a great one for Domino’s, which reported an incredible 16% increase in overall sales in the months immediately following the lockdown period. Its second-quarter sales were its best in more than a decade. And between March and July, the company’s stock price surged nearly 17%, according to data from Yahoo! Finance.

The chain’s growth may be over for now

What goes up, must come down, and this goes for Domino’s sales boom, too. The chain just posted its first same-store sales decline in years, according to FOX Business. In fact, it was the first such decline in more than a decade. Same-store sales were down just under 1.9% at U.S. locations compared to the same time in 2020, though an unprecedented boom in sales in recent quarters must be considered as the decline is noted. The chain was still up by more than 15% on a two-year basis.

The delivery boom is ending

Demand for delivery is slowing down, and Domino’s is a delivery-heavy brand. In the early days and well into the heart of the pandemic, ordering delivery was a safe way to eat without the need for cooking or contact with others. But with vaccinations widespread and functional safety measures better understood and generally in place, more and more people are ready to dine out again.

In fact, nearly a third of U.S. diners said they expected to order less delivery from restaurants in the future, according to a survey of 963 Americans conducted by the industry research firm Revenue Management Solutions last month.

Besides the pandemic delivery craze being over, what else caused the slump? A staffing problem, which is wreaking havoc across the entire restaurant industry. Domino’s CEO Richard Allison recently acknowledged that the chain’s ongoing challenges to staff up have negatively impacted sales, according to Business Insider.

The post The Unprecedented Popularity of This Pizza Chain May Be Coming To An End appeared first on Eat This Not That.