The Real Difference Between Seltzer, Club Soda, and Sparkling Water 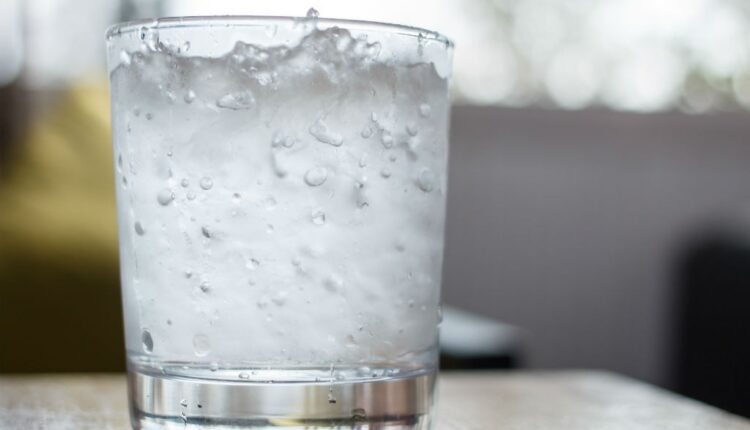 LaCroix, Spindrift, Schweppes, Canada Dry, Polar—the list of goes on and on. What do they all have in common? Each brand makes beverages that are bubbly and contain water. So then why are some called sparkling water and others called seltzer or club soda?

While these three names for carbonated waters are often used interchangeably, they each imply a difference (albeit, a trivial one). So what exactly is the difference between seltzer, club soda, and sparkling water? Well, let’s first start with their common base: carbonated water. (If you’re looking for soda check out The Best & Worst Sodas in America—Ranked!)

Carbonated water is the common ingredient in each of these beverages. Almost all manufacturers now force carbonate water by dissolving carbon dioxide gas into cold water. However, before J.J. Schweppe (from—you guessed it—Schweppes) developed the manufacturing process to artificially carbonate water in 1783, there was only one way to get carbonated water: tapping it from a natural source. This carbonated water with natural bubbles is called mineral water.

Seltzer has roots in Germany. “Originally [seltzer water] was from a natural spring,” explains Bob Kenworthy, co-host of The Science History Institute’s Distillations podcast, in an episode called “Fizzy Water“. The naturally carbonated mineral water was “named for the town of Selters, Germany.” However, this isn’t the case now: “Seltzer, as we know it today, is pretty much water artificially impregnated with CO2.” That’s pretty much the case, but there is a fair amount of variance in the seltzer category.

LaCroix’s definition of seltzer water is “water with carbonation that may or may not contain sweeteners or added flavors, as well as varying amounts of sodium.” (LaCroix, by the way, calls their drink sparkling water.)

Sparkling water—like bubly and Spindrift (the only sparkling water flavored with real fruit juice)—is essentially identical to seltzer: it’s carbonated water with added flavoring. And while LaCroix noted that seltzers can contain sodium, sparkling waters can too. All of Dasani’s sparkling waters contain 35 milligrams of sodium.

Here’s the thing: it’s really up to the brand to determine if they want to be a seltzer or sparkling water. Because the FDA doesn’t have a Standard of Identity for sparkling water or seltzer, the brand can call their product what they think it is.

The main difference now seems to depend on a brand’s marketing strategy. A lot of older companies use the term “seltzer” while newer companies use “sparkling water.” Interestingly, Schweppes—the brand that effectively started the seltzer trend—recently rebranded their carbonated water from “Seltzer Water” to “Sparkling Water.” Go figure.

Finally—a beverage with a clear difference! Club soda is carbonated water that “includes dissolved salts […] that are only there to enhance the flavor,” says Kenworthy. This makes club soda taste similar to the original mineral water. As a result, club sodas will always have some amount of sodium on their nutrition label.

Schweppes, for example, adds sodium bicarbonate, sodium chloride, and potassium sulfate to their club soda. The drink has 95 milligrams of sodium but is still 0 calories, 0 grams of sugar, and is caffeine-free. Canada Dry’s Club Soda is flavored with sodium bicarbonate, sodium citrate, potassium sulfate, and disodium phosphate for a total of 115 milligrams of sodium.

The difference between club soda, seltzer, and sparkling water mostly comes down to what the company wants to call its product. Club sodas generally have sodium while seltzer and sparkling waters generally don’t. Regardless of what a brand calls your carbonated water, the FDA considers them all to be the same thing: a soft drink.

Whatever you want to call your bubbly water, you can feel confident knowing you’re making a healthy decision if you’re choosing it over sugar-sweetened soda.

Read up on other healthy beverages:

Healthy Drinks Dietitians Say You Should Sip on Right Now

The post The Real Difference Between Seltzer, Club Soda, and Sparkling Water appeared first on Eat This Not That.

Science Just Confirmed This Is The Best Method for Weight Loss

Stop Doing This or You’ll Get Obese, Say Studies