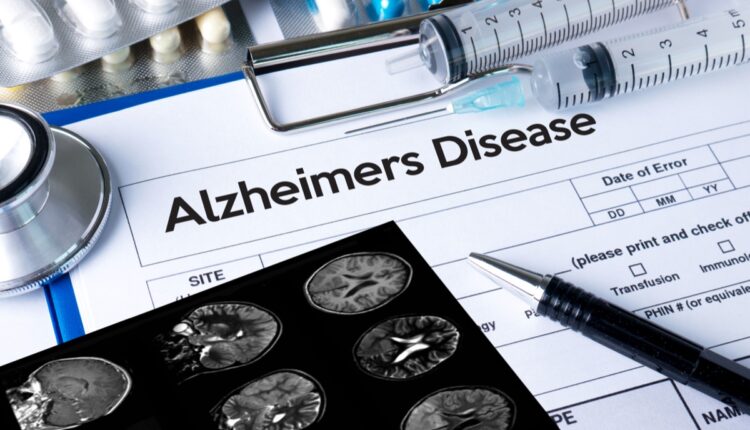 Many of our lives have been touched by someone with Alzheimer’s disease, and unfortunately, that number is growing. By 2025, the rate of Alzheimer’s in America is projected to rise by 12.5%. That’s because a large segment of the population is getting older, and the No. 1 risk factor for dementia and Alzheimer’s is simply aging. This may not be something you want to think about, but it’s important to be alert to potential early symptoms so progression of the disease can be slowed if possible. Dementia presents differently in different people, but this is the closest to a sure sign that you might have Alzheimer’s. Read on to find out more—and to ensure your health and the health of others, don’t miss these Sure Signs You May Have Already Had COVID.

Alzheimer’s disease is the most common form of dementia, a group of conditions that involve changes to memory, thinking, and judgment that ultimately interfere with a person’s ability to function. About 5.8 million people are living with Alzheimer’s in the U.S. today.

Most cases are diagnosed in people older than 65, and Alzheimer’s is the sixth-leading cause of death in the U.S. Although Alzheimer’s currently has no cure, a drug called aducanumab (brand name Aduhelm) may slow cognitive decline.

“Memory problems are typically one of the first signs of cognitive impairment related to Alzheimer’s disease,” the National Institute on Aging says.

It’s a specific kind of memory trouble whose signs may include:

How This Differs From Normal Aging

Other Symptoms of Alzheimer’s

Other warning signs of Alzheimer’s can include:

Challenges in planning or solving problems
Difficulty completing familiar tasks at home, at work, or at leisure
Confusion about time or place
Problems with balance or coordination
New problems with words in speaking or writing
Decreased or poor judgment
Withdrawal from social activities or work
Changes in mood or personality

When to See a Doctor

If you or someone you know is experiencing symptoms of Alzheimer’s, experts say it’s important to seek a thorough medical evaluation. This may warrant a trip to a specialist, such as a geriatrician or a neurologist.

Not all memory loss is due to dementia; it can have treatable causes, such as insomnia, stress, anxiety and depression. The only way to know for certain is to get any concerns checked out. And to get through this pandemic at your healthiest, don’t miss these 35 Places You’re Most Likely to Catch COVID.

The post The One Sure Sign You May Have Alzheimer’s appeared first on Eat This Not That.

What Taking a COVID Booster Does to Your Body