The Final Verdict on Adding Lemon Juice to Your Coffee for Weight Loss, Says Dietitian 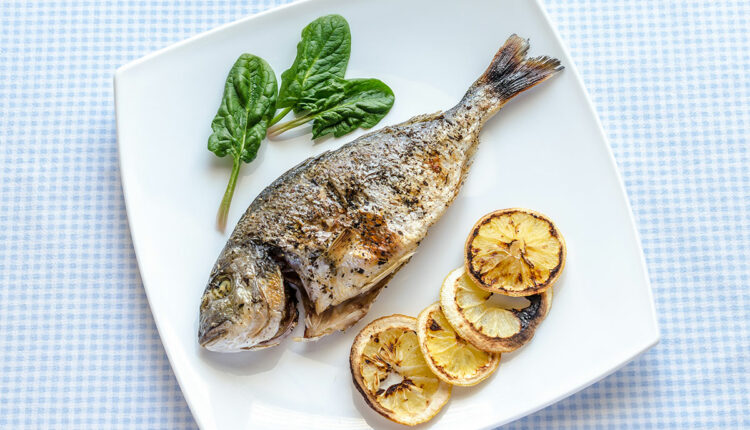 When you start on a new diet, you’ll take any simple tip to make it effective, right? Well, one purported weight loss trick stirred interest on social media this week when a TikTok user suggested adding lemon juice to coffee can help torch fat faster. A British nutritionist flat-out debunked the claim… but, a veteran registered dietitian tells us, depending on how you look at this, it’s possible some people could actually see some change on the scale from this coffee-lemon juice combo.

Karen Graham, RD, CDE is a registered dietitian and certified diabetes educator for over 30 years, as well as a winner of Canada’s National Health Information Award. This week, we asked Graham to weigh in on a TikTok post by Hilda Braso, as reported by Newsweek.

Keep reading to see what this dietitian had to say, and check out Adele Finally Reveals Her 4 Weight Loss Secrets for Shedding 100 Pounds.

In her recent TikTok post, Braso seemed to indicate she’d been putting lemon juice in coffee as part of a growing online #coffeeandlemondiet challenge for users to lose weight.

After a week of trying this, she posted to report that she’d quashed the method because it hadn’t worked. According to Newsweek, Marcela Fiuza, a dietitian and member of the British Dietetic Association (BDA), said that’s no wonder: “There is no physiological explanation that would justify mixing coffee and lemon to lose weight,” she said.

Graham’s initial take? “My immediate thought is that doesn’t sound very tasty,” the dietitian told Eat This, Not That!. “I wouldn’t want lemon juice in my coffee.”

Subscribe to the Eat This, Not That! newsletter for fresh news delivered daily.

Taste aside, there’s some physiological effect.

Graham, who specializes in diabetes education, says, “We do know that [lemon juice] decreases the glycemic index, the rate at which blood sugar is absorbed into the blood.”

So, she adds, “If you include lemon juice with a meal—salad, coffee, sprinkled on fish—it slows down how quickly you absorb the carbohydrates from all the foods in that meal. That’s well known.” Graham says this means “your sugars won’t raise as quickly, so that’s good.”

One note on this, Graham advises: You typically have to use around at least half a teaspoon for the lemon juice to have this effect on your body’s sugar uptake.

But on lemon juice, coffee, and weight loss in particular?

However, lemon juice’s effect on blood sugar “doesn’t mean it’s going to help you with weight loss,” Graham says, adding that the lemon juice-coffee blend in and of itself is “questionable” as a dieting hack.

On the other hand…

Graham noted a few possible reasons this lemon juice in coffee weight loss challenge could show a difference on the scale. “Maybe that cuts [an individual’s] appetite and they don’t eat as much,” she said. “Maybe that’s because the blood sugars don’t go up as high, you’re a little more satisfied. It’s indirect. It doesn’t make sense unless it’s a secondary benefit on the appetite.”

Here’s what not to do if you put lemon juice in your coffee to lose weight:

“Usually when you add lemon into something, you have to add either salt or sugar to balance that flavor in terms of recipe development,” Graham notes. In the case of dieting, she says: “Make sure there isn’t added sugar added in there.”

RELATED: The Surprising Effect Reducing Sodium May Have on Your Blood Sugar, New Study Says

And hey, if it works for you?

“Eating is so much our mind—it’s our whole perception of what is satisfying to us,” this dietitian reflects. “So if someone feels that having lemon juice in their coffee and they notice they’re losing a little bit of weight, maybe it’s because they’ve altered something else in their behavior. If you enjoy it, do it.”

And if you enjoy more food news, get it here:

The Verdict on How Healthy Coffee Really Is for Your Heart
Subway Just Won the First Battle on the Path to Vindicating Its Tuna
Diet Soda Has a New Harmful Side Effect, Study Suggests
Gordon Ramsay Shares 4 Easy Tips for a Next-Level Weekend Breakfast

The post The Final Verdict on Adding Lemon Juice to Your Coffee for Weight Loss, Says Dietitian appeared first on Eat This Not That.

One Major Side Effect of Smoking Marijuana, Study Shows

Shoppers Are Noticing an Obvious Error on This Popular Costco Product