The #1 Vitamin to Take to Reduce Your Alzheimer’s Risk, New Study Says 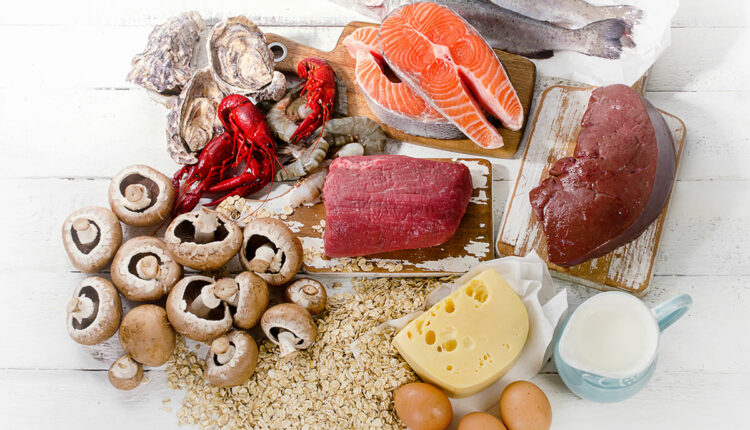 There are more ways to preserve your cognitive functioning than just doing the daily crossword puzzle. In fact, the foods you eat can play a role in how your mind ages in ways that scientists are just beginning to understand. Now, new research suggests that, for some, a diet rich in vitamin B12 can play a key role in fighting off Alzheimer’s disease.

For the study, researchers looked at how small worms called C. elegans reacted to amyloid beta, a protein that’s associated with the neurologic disorder. Typically, when these worms have Alzheimer’s disease, they become paralyzed. The researchers found that, for worms who had a vitamin B12 deficiency, feeding them the vitamin changed the way they reacted to the dangerous protein. When they were fed the vitamin, it took significantly longer for the paralysis to set in.

The study indicates that vitamin B12 might play an important role in helping to fend off Alzheimer’s disease. Granted, its findings should be taken with a grain of salt.

“I’m worried that people will think that eating a B12 rich diet will delay cognitive decline in all individuals,” the study’s lead author Jessica Tanis, PhD, told Eat This, Not That! in an interview. “Subclinical B12 deficiency affects 10-15% of individuals over the age of 60 and these are the individuals who could potentially benefit from an increase in dietary B12 intake.”

To that end, Malaz A. Boustani, MD, a geriatrician, neuroscientist, and Richard M. Fairbanks Professor of Aging Research at the Indiana University School of Medicine, suggests that, if you’re experiencing memory symptoms, you should ask your doctor for “a full work-up” or a complete medical examination. This includes a test for B12 deficiency.

While you’re waiting for your test results to come back, there are some other dietary changes you can start making right now to fight off Alzheimer’s disease. To start, try and reduce your intake of added sugars.

“There is an ever-growing body of high-quality research that demonstrates how fundamental dietary choices are in terms of charting the brain’s destiny, even as it relates to Alzheimer’s disease,” says David Perlmutter, MD, FACN, a board-certified neurologist, and five-time New York Times bestselling author.

“Diets that are high in refined carbohydrates and sugars threaten metabolism, especially as it relates to developing elevation of blood sugar [levels]. This represents a powerful threat to brain health and has been directly associated with increased Alzheimer’s risk.”

Bottom line: More research is needed on whether vitamin B12 could help delay the onset of the neurologic disorder. However, if you have a vitamin B12 deficiency, increasing your consumption of foods that are rich in the vitamin could improve your overall health. As of right now, your best bet at preventing Alzheimer’s disease may be eating a diet that’s rich in anti-inflammatory foods including fruits and vegetables, and low in processed foods and sugar.

For more, be sure to check out the #1 Diet to Follow to Prevent Alzheimer’s, Says New Study. Then, don’t forget to sign up for our newsletter.

The post The #1 Vitamin to Take to Reduce Your Alzheimer’s Risk, New Study Says appeared first on Eat This Not That.

The Most Popular Cereal the Year You Were Born