Surprising Side Effects of Eating Fish, According to Science 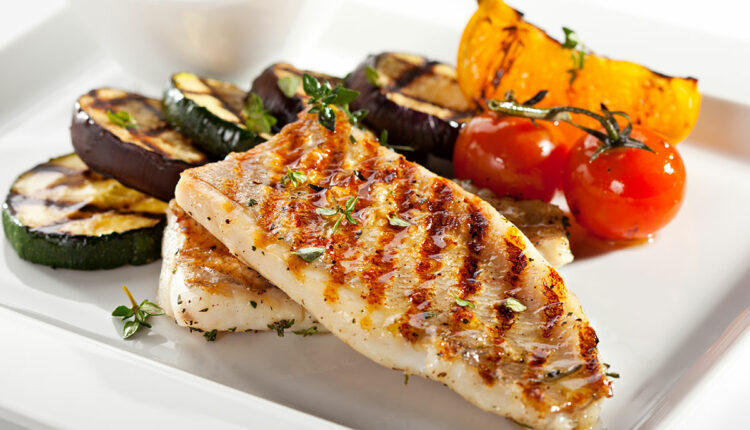 From salmon to sardines, Atlantic herring to Atlantic mackerel, there are multiple health benefits of eating fish. Packed with protein, vitamins, and minerals, fish is also a low-calorie, zero-carb food filled with polyunsaturated fatty acids, a type of healthy fat that falls under the category of essential nutrients.

It’s no wonder fish consumption has been on the rise. According to the latest statistics from the Fisheries of the United States report, which was compiled by the U.S. Department of Commerce, Americans enjoyed an average of 16.1 pounds of seafood per person in 2018.

“Fish is most definitely a superfood, meaning it’s an ordinary food with extraordinary benefits,” says Dawn Jackson Blatner, RDN, CSSD, author of The Superfood Swap: The 4-Week Plan To Eat What You Crave Without The C.R.A.P.

Here, we offer five possible side effects from having fish in your dish, and then don’t miss The 100 Healthiest Foods on the Planet.

By eating fish, you may experience…

A lower likelihood of heart disease.

According to an analysis of four international cohort studies that involved more than 191,000 adults from 56 countries, consuming at least two servings (175 grams or about 6 ounces) of an oily fish each week was associated with a lower risk of experiencing a major cardiovascular disease event (such as heart attack or stroke) among those who have already been diagnosed with a heart condition.

These findings, which were recently published on March 8, 2021 in JAMA Internal Medicine, reveal that the omega-3 fatty acids found in this type of fish can reduce a person’s chances of suffering from another cardiac episode—and possibly a fatal one—by nearly 17%.

She adds that the American Heart Association also recommends consuming two servings of fish each week (with one serving being 3.5 ounces), with their top choice being omega-3 rich fatty fishes, such as salmon, sardines, trout, and albacore tuna. “However, most Americans fall far short of this suggestion,” she says.

If your wallet—or palate—does not support a few servings of fish throughout the week, she advises considering taking a supplement of DHA (docosahexaenoic acid) and EPA (eicosapentaenoic acid), the two types of long-chain fatty acids.

In fact, research published in a 2017 edition of Circulation (a scientific journal from the American Heart Association) indicates that cardiovascular disease patients may extend their lifespan by adding an omega-3 fish oil supplement to their daily regimen.

“This decision should be made in consultation with a physician,” Upton adds.

Sign up for our newsletter for more healthy eating tips and food news.

A boost in brain health.

The omega-3s found in fatty fish may also help protect your brain. A 2020 study conducted by researchers from Columbia University Irving Medical Center in New York discovered that older women (with an average age of 70) who showed the highest levels of omega-3 fatty acids in their blood also had greater volumes of white matter in the brain (the area that’s composed of millions of nerve fibers).

The participants who ate one to two servings of baked or broiled fish or shellfish a week had healthier brain scans. The reason? The omega-3s likely promoted an anti-inflammatory response, and in return, helped the brain fight damage caused by aging, as well as toxins found in air pollution.

“Eating fish as part of a healthy lifestyle may also help increase the amount of grey matter in the brain—the stuff that’s associated with better memory and cognition,” Blatner states. “So every time I eat fish, I like to visualize my brain getting bigger and stronger!”

Once again, you are what you eat. Study authors from James Cook University in Australia analyzed the eating habits of residents from two islands—one where fast food is available and one where it’s not. By screening the volunteers for depression, inquiring about their food choices, and testing their blood levels, the researchers uncovered some interesting findings, which were published in the journal Nutritional Neuroscience.

First, the islanders who had access to fast food ate more processed meals while those from the other island consumed more seafood. The participants who were likely to be diagnosed with major depressive symptoms were younger and frequent fast-food eaters. And, the results from the blood tests showed that the seafood lovers had high levels of depression-fighting omega-3s.

“There is growing evidence to show that some people who experience depression may not have enough of the omega-3 fats EPA and DHA,” says Katherine Brooking, MS, RD, founding partner of the nutrition marketing and communications firm AFH Consulting.

She notes that previous researchers explored the connection between omega-3s and brain health by looking at the association between people who regularly ate fish and the rates of depression. “And in countries where fish consumption is high, such as Japan, Taiwan, and Hong Kong, rates of depression were extremely low,” she adds.

RELATED: One Thing That Raises Your Depression Risk by 300%, Says Study

Salmon and sleep may go hand-in-hand. Research published in the Journal of Clinical Sleep Medicine examined the sleep patterns of men over a five-month period who consumed Atlantic fish three times a week along with males who were instructed to eat other types of protein, such as chicken or meat.

At the conclusion of the study, the men in the fish group reported better sleep quality, as well as better daily functioning. The authors question the role vitamin D may have played in this outcome.

“Mounting evidence suggests that EPA and DHA are also important for improving sleep duration and quality of sleep,” Upton says. “It appears that omega-3s can impact melatonin release, which can enhance sleep.”

Adding sardines to your plate may help treat your stiff knees, suggests findings published in the journal Arthritis Care & Research. For nearly one year, 176 adults filled out a questionnaire that assessed their daily diet. The volunteers who were living with rheumatoid arthritis, and reported eating fish at least twice a week, displayed fewer symptoms (such as swollen or tender joints) compared to other volunteers with the same condition who consumed fish once a month or less.

“If our finding holds up in other studies, it suggests that fish consumption may lower inflammation related to rheumatoid arthritis disease activity,” said lead investigator Dr. Sara Tedeschi in a press release.

For more, be sure to check out Here’s How To Cook Fish Without Making Your Whole House Smell.

Even more reasons to include fish in your diet:

Every Popular Fish—Ranked for Nutritional Benefits!

Eating This Type of Fish Could Reduce Your COVID Risk, Study Suggests

The post Surprising Side Effects of Eating Fish, According to Science appeared first on Eat This Not That.

Boost Your Immunity With These Habits That Really Work, Studies Show

If This is Your Personality, You’re More Likely to Get Alzheimer’s, New Study Finds