Stop Doing This or You’ll Get Obese, Say Studies 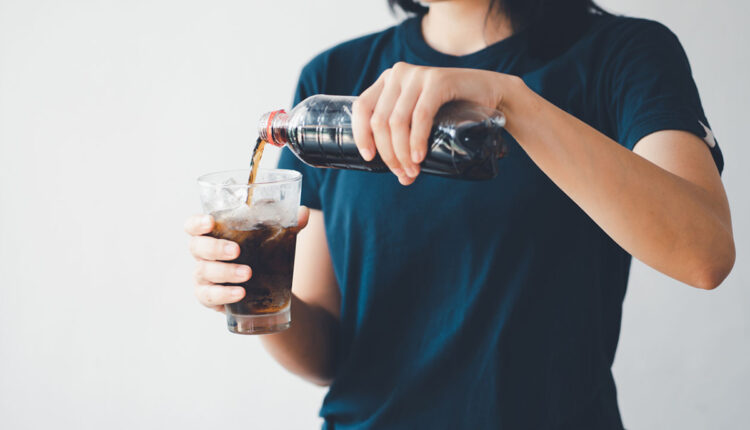 Obesity—defined as a body mass index over 30—is an epidemic: It’s estimated that more than 42% of Americans are obese. It isn’t just an aesthetic concern. Obesity raises your risk of serious illness, including heart disease, cancer, diabetes and dementia. Don’t want to join those statistics? It’s especially important to drop two habits if you want to avoid obesity. Read on to find out more—and to ensure your health and the health of others, don’t miss these Sure Signs You May Have Already Had COVID.

Experts say sugar-sweetened drinks and ultra-processed foods are two major contributors to obesity. Cutting them out of your diet may slash your risk of becoming obese.

“One soda a day, depending on the size (8 oz to 20 oz), could provide 270 to 690 calories a day,” wrote Caroline M. Apovian, MD, FACP, FACNC, in the American Journal of Managed Care. “Consumption of sugar-sweetened beverages is associated with an increase in the risk of obesity; the risk increases 1.6 times for each additional serving of sugar-sweetened drink consumed daily.”

RELATED: The One Sure Sign You May Have Alzheimer’s

It sounds like a lot—and it is; 500 calories is 25% of the total recommended daily calories for most people—but it’s all too easy to do if you’re drinking more calories than you realize.

RELATED: James Bond Would Have Gotten All These Infectious Diseases, Study Finds

Studies have found that regularly drinking sugar-sweetened beverages is associated with other unhealthy behaviors, many of which can raise obesity risk even further.

“Adults and adolescents who smoke, don’t get enough sleep, don’t exercise much, eat fast food often, and who do not eat fruit regularly are more likely to be frequent consumers of SSBs [sugar-sweetened beverages],” says the CDC. “Additionally, adolescents who frequently drink SSBs also have more screen time, for example, more time with televisions, cell phones, computers, and video games.”

RELATED: These States Have “Out of Control” COVID

“Consumption of these ultra-processed foods has led to a 205-calorie increase in an individual’s average daily caloric intake since the 1960s,” wrote Apovian. (The math: 200 extra calories a day is about an extra 6,000 calories a month—enough to gain almost two pounds. It doesn’t just seem like people were slimmer in those old photos.)

Ultra-processed food contributes to obesity because it’s not satisfying. Simple carbs like chips and cookies increase blood sugar, which can cause insulin to spike and crash, leading to frequent feelings of hunger. That can encourage overeating—and weight gain.

What to Do Instead

Experts advise ditching sugar-sweetened beverages and processed foods, swapping them for high-quality calories. An example is the Mediterranean diet, which emphasizes fruits, vegetables, fish and olive oil, and limits red meat, processed meats and processed foods. For snacks, instead of sweets or potato chips, try nuts, fruit, or non-starchy vegetables. And to get through this pandemic at your healthiest, don’t miss these 35 Places You’re Most Likely to Catch COVID.

The post Stop Doing This or You’ll Get Obese, Say Studies appeared first on Eat This Not That.

The Real Difference Between Seltzer, Club Soda, and Sparkling Water