Signs You May Have Dementia, Say New Studies 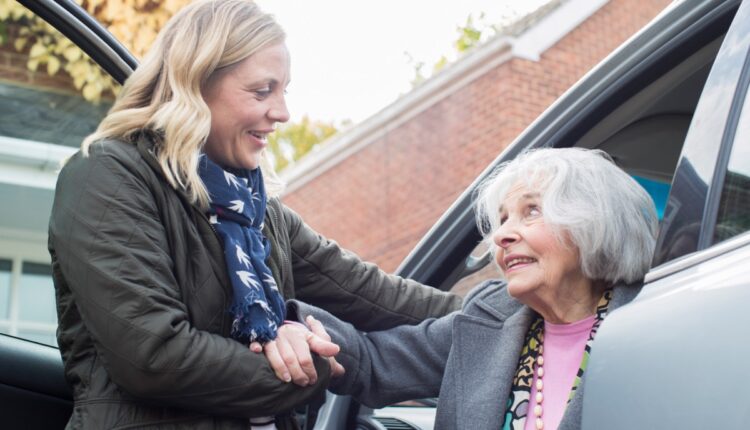 Dementia, like many disorders of the brain, is not well understood. Researchers are trying to uncover the genesis of the disease and develop effective treatments—and ideally create diagnostic tests that can arrest or reverse dementia’s progression. In the past year or two, several studies have shed light on potential early signs of dementia that were previously unknown or obscure. Read on to find out more—and to ensure your health and the health of others, don’t miss these Sure Signs You’ve Already Had COVID.

In a study published last May, researchers from Columbia University found that driving behavior could predict mild cognitive impairment (MCI) or dementia with 66 percent accuracy. The scientists analyzed data from the long-term study LongROAD (Longitudinal Research on Aging Drivers), which followed almost 3,000 older drivers. The researchers found that age was the number one risk factor for MCI or dementia, but a number of driving patterns were close behind. They included the percentage of trips traveled within 15 miles of home, the length of trips that started at home, minutes per trip, and the number of hard braking events with fast deceleration rates.

A study published this month in the Journal of the American Medical Association found that people with dementia began missing credit card payments as long as six years before diagnosis. They were also more likely to have lower credit scores two-and-a-half years before being diagnosed with dementia.

Depression is associated with a higher risk of developing dementia later on, say the authors of a study published in the Journal of Alzheimer’s Disease last September. Researchers from the University of California-San Francisco looked at health data from more than 6,000 older adults, finding that those who had depressive symptoms in early adulthood were 73 percent more likely to develop cognitive problems, and those with elevated depressive symptoms in later life had a 43 percent higher risk. Excessive stress hormones associated with depression may interfere with the ability to make new memories, the scientists theorize.

These Substances In Your Blood

In September, Japanese researchers published findings that 33 metabolic compounds in the blood are different in people with dementia compared to older people with no cognitive issues. These compounds may lead to brain impairment, and might help point the way toward a cause of dementia or more sophisticated diagnostic testing.

RELATED: Stop Doing This or You’ll Get Obese, Experts Warn

Or These Toxic Compounds In Your Blood

In a study published last September in the journal PLOS Biology, Australian researchers said they may have identified a cause of Alzheimer’s disease. The animal study found that excessive toxic fat-protein complexes in the blood can damage small blood vessels in the brain and leak into the organ itself, causing inflammation and killing brain cells. Making dietary changes or taking medications could reduce the amount of these toxins in the blood, potentially reducing Alzheimer’s risk or slowing the disease’s progression, the study’s lead author said. And to get through this pandemic at your healthiest, don’t miss these 35 Places You’re Most Likely to Catch COVID.

The post Signs You May Have Dementia, Say New Studies appeared first on Eat This Not That.