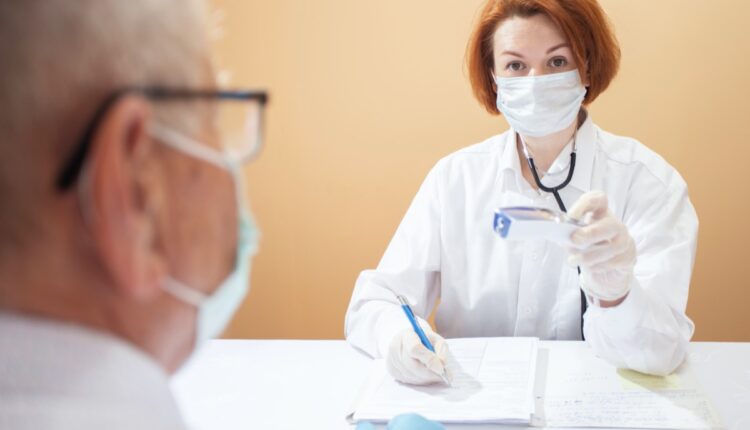 Friends star James Michael Tyler died last night at his home after losing his battle with prostate cancer. The 59-year-old actor, famous for playing Central Perk manager Gunther for 10 seasons on the hit show, announced in June this year that he was first diagnosed with the illness three years ago during a routine physical at the age of 56. “In September of 2018, I was diagnosed with advanced prostate cancer, which had spread to my bones,” he told NBC’s Today Show. It was treated with hormone therapy, but started “mutating” during the pandemic, resulting in tumors up and down his spine and leaving him unable to walk.

“Of course, it’s stage 4. Late-stage cancer. So eventually, you know, it’s gonna probably get me,” he said. He also pointed out that earlier detection could have saved his life, and that he regretted not listening to his wife. He also urged viewers to “ask your doctor for a PSA (prostate-specific antigen) test” next time they go in for an examination or check-up, adding that “caught early (it is) 99% treatable.” What exactly is prostate cancer, who is at risk and what are the symptoms? Read on to find out. Read on to find out more—and to ensure your health and the health of others, don’t miss these Sure Signs You May Have Already Had COVID.

Who Is At Risk for Prostate Cancer?

Per the Centers for Disease Control and Prevention 13 out of 100 American men will be diagnosed with prostate cancer during their lifetime, while two to three will die as a result. Risk factors include age, family history of the condition, and race.

What Are the Symptoms of Prostate Cancer?

Unfortunately, prostate cancer doesn’t usually come with symptoms and most men are diagnosed via a physical, Darren Mareiniss, MD, FACEP,  assistant professor of emergency medicine at the Sidney Kimmel Medical College at Thomas Jefferson University in Philadelphia, previously told Eat This, Not That! Health. “Most are diagnosed at a local stage and asymptomatic,” he said.

Difficulty starting urination, difficulty emptying the bladder completely, pain or burning during urination, or weak or interrupted flow of urine or frequent urination (especially at night) can all be signs of the disease. According to Dr. Marines, urinary retention is a late stage manifestation of prostate cancer.

Blood in the Urine or Semen

Dr. Mareiness notes that blood in the urine or semen could be an earlier symptom of the cancer.

RELATED: I’m a Doctor and Warn You Don’t Go Here Even if It’s Open

Pain in the Back, Hips, or Pelvis

According to Dr. Mareiniss, bone pain that doesn’t go away is generally a sign of advanced disease.

Dr. Mareiniss notes that painful ejaculation or erectile dysfunction is generally a sign of advanced disease.

When Should You Get Screened

Because most people don’t experience symptoms, the U.S. Preventive Services Task Force recommends that all men between the ages of 55 and 69 consider prostate cancer screening. However, some men should screen earlier than others. The Prostate Cancer Foundation recommends African American men start the discussion at age 40, while the American Cancer Society encourages discussing screenings at 45 for African Americans and also men who have a father or brother who were diagnosed with it before the age of 65. And to get through this pandemic at your healthiest, don’t miss these 35 Places You’re Most Likely to Catch COVID.

The post Signs You Have Prostate Cancer, Like “Friends” Star James Michael Tyler appeared first on Eat This Not That.

11 Vitamins That May Be Dangerous, Warn Experts