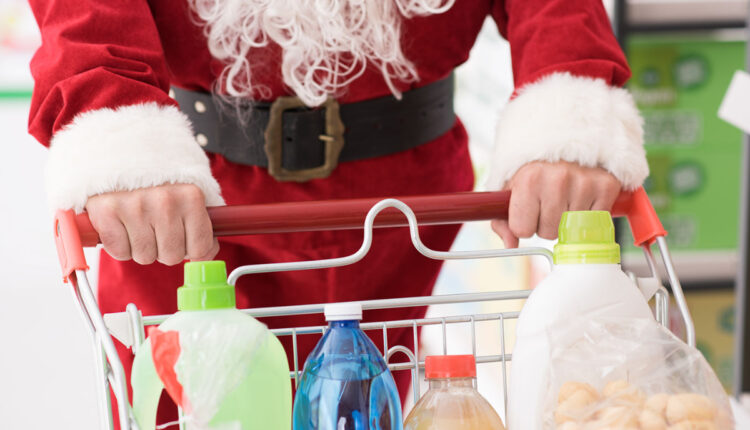 It might seem hard to believe—but blink, and the holidays will be pretty much be upon us. If you’re making slightly bigger plans than you did last year and beginning to brainstorm your party spreads, you’re in luck: This week, Eat This, Not That! readers responded with spirit when we polled you on social media for the grocery destination that’s your go-to for holiday party food! One national chain was the clear winner in this poll, with a few other solid recommendations you offered.

Tuesday, we took to Facebook, Instagram, and Twitter to ask you: “What’s your favorite grocery store to stock up on holiday appetizers?” Dozens of you weighed in (thanks, guys!). Read on to see where your pick landed on the list, and sign up for the Eat This, Not That! newsletter for what’s trending in groceries delivered daily.

There were a handful of followers who chimed in with single mentions of the following: Sprouts, Kroger, Publix, Save-On-Foods (we see you, readers in Canada!), Fred Myers, Sam’s Club, Central Market, Roche Bros., and Tesco (what’s up, Europe and U.K.).

One reader recommended La Bella Marketplace in Brooklyn. “They’re independent, have only one other branch, and they’re a few minutes walk from home,” this follower told us. Indie grocers, represent.

A small handful of readers told us they’re fans of Wegmans—a chain known among many shoppers for its massive variety and consistent quality.

Known for easy grabs like smoked salmon, a nice frozen selection, and fun dessert mixes, Aldi fans won’t be surprised that multiple followers noted this as their pick.

Whole Foods was the holiday star for more than one shopper.

Could use a little inspo yourself? Check out The Best and Worst Foods at Whole Foods in 2021—Ranked!

Costco was the runner-up as shoppers’ choice for holiday small plates. (One heads-up, Costco members: Costco May Have a Shortage of This Holiday Staple at All Stores.)

By a landslide with well over a dozen mentions, Trader Joe’s was the resounding #1 grocery chain to buy holiday appetizers among this crowd. If you know, you know—as one follower told us: “Their appetizers are delish and idiot proof! Heat and serve! [sic]”

A lot of shoppers appreciate Trader Joe’s for their wide cheese selection, a variety of unique dips and spreads, and even fresh florals and foliage for decorating.

Here’s more of what’s happening out there in food:

Trader Joe’s Is Discontinuing These 4 Beloved Items
The #1 Best Fall Superfood Is Cranberries—Here’s Why
The Best No-Bake Halloween Cookie Kits at Costco, Target, and Walmart
Hooters Servers Are Complaining About the Chain’s Inappropriate New Uniforms

The post Shoppers Say This Is the #1 Best Grocery Store Chain for Holiday Appetizers appeared first on Eat This Not That.

16 Vitamins That are a Waste of Money, Say Experts

Sure Signs You May Have Liver Damage, Say Experts