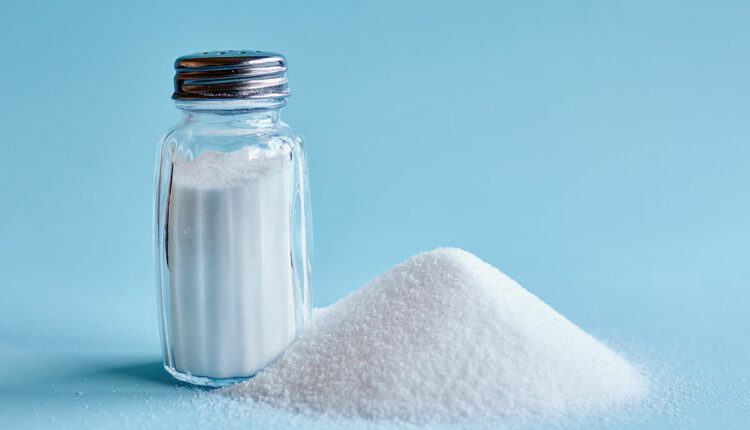 On Wednesday, the Food and Drug Administration (FDA) asked both food manufacturers and restaurants to start reducing the salt content in their products and menu items. The agency’s goal is to help Americans reduce their overall sodium intake by 12% over the next 2.5 years.

RELATED: Dangerous Side Effects of Having High Blood Pressure

The latest data from the Centers for Disease Control and Prevention (CDC) finds that 1 in every 4 deaths in the U.S. is attributable to heart disease. Research clearly indicates there’s a correlation between salt intake and elevated blood pressure levels.

Earlier this year, the FDA announced that more than 70% of sodium in the American diet comes from packaged and prepared foods. Restaurant meals are also to blame, with some dishes containing more than 4,000 milligrams of sodium.

The new recommendation will allegedly help bring the estimated American sodium intake down to 3,000 milligrams a day. An improvement, but certainly still far from what the latest USDA dietary guidelines propose is safe to consume. As NBC reports, the new recommendations are nonbinding, meaning companies are not required to follow them.

Still, the president of the Center for Science in the Public Interest, Dr. Peter Lurie, described the FDA’s guidance to NBC as, “the single most effective intervention that the American government could take at the present time.”

Think about it this way: If the food you purchase from grocery stores and at restaurant chains contained less salt, it would likely be much easier for you to reduce your intake of sodium, right?

The post Restaurants Are Being Told To Majorly Reduce How Much Salt They’re Using appeared first on Eat This Not That.

Surprising Side Effects of Inflammation After 50, Say Dietitians