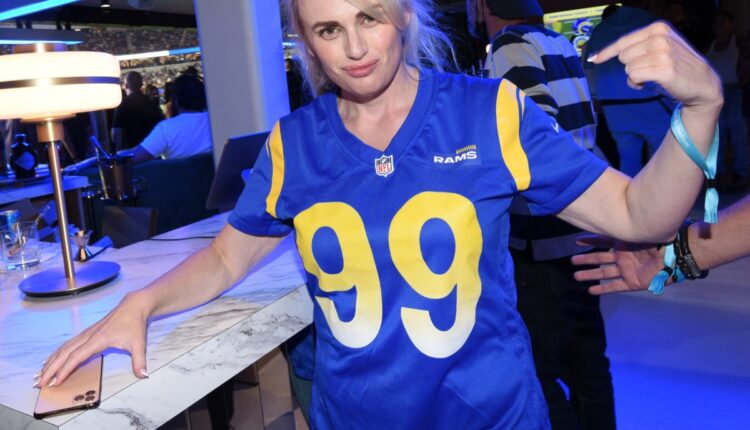 Rebel Wilson has undergone an incredible transformation over the past year. After shedding a whopping 77 pounds, the star is looking slimmer than ever and has embraced a new lifestyle during her “year of health.”

However, it’s not just her physical appearance that has changed since losing weight. In a new interview with the Australian talk show Sunrise, Wilson revealed that her weight loss had also spurred major changes in her overall health.

Read on to discover how Wilson’s health has improved since losing weight. And if you want to shed some extra pounds, try these 15 Underrated Weight Loss Tips That Actually Work.

She’s reduced inflammation throughout her body.

Wilson says that her weight loss helped relieve her of widespread inflammation in her body—something she didn’t even notice until it was gone.

“I guess I didn’t know I had a lot of inflammation in my body and stuff, and I didn’t really realize [it] because that was just my every day,” she explained on Sunrise.

Her feet no longer hurt when she stands.

Wilson says that her formerly achy feet are a thing of the past since losing weight.

“After a big, long day of work, we would often shoot, like, 16-hour days, and my feet would get really sore. I would have to kind of lay upside down and put my feet on the couch at the end of a big day at work, and now I don’t have that kind of thing happening,” Wilson explained.

Her jet lag has improved.

With a busy schedule that takes her from coast to coast and country to country at the drop of a hat, it’s no surprise that Wilson has to contend with some serious travelers’ fatigue.

“I used to suffer a lot from jet lag, and now it’s much easier to deal with,” she told Sunrise‘s hosts.

While Wilson didn’t go into specifics about what her lab work was like prior to losing the weight, one thing’s for sure: It’s only gotten better.

“I went to the doctor and got my yearly check-up last week, and he’s like, ‘Oh my God, all your labs and your blood work is like, the best it’s ever been—and you know, it’s kind of remarkable,'” she said.

For the latest celebrity health and fitness news delivered to your inbox, sign up for our newsletter!

Jamie Oliver Lost 26 Pounds By Making This One Change to His Diet
Gordon Ramsay Shares His 4 Weight Loss Secrets That Helped Him Shed 50 Pounds
This Is The #1 Underrated Tip for Weight Loss, According to Meghan Markle’s Trainer

The post Rebel Wilson Says She No Longer Has These 4 Health Problems After Losing 77 Pounds appeared first on Eat This Not That.

The Verdict On Whether White or Sweet Potatoes Are Healthier

20 of the Best Free Things to Do in Houston