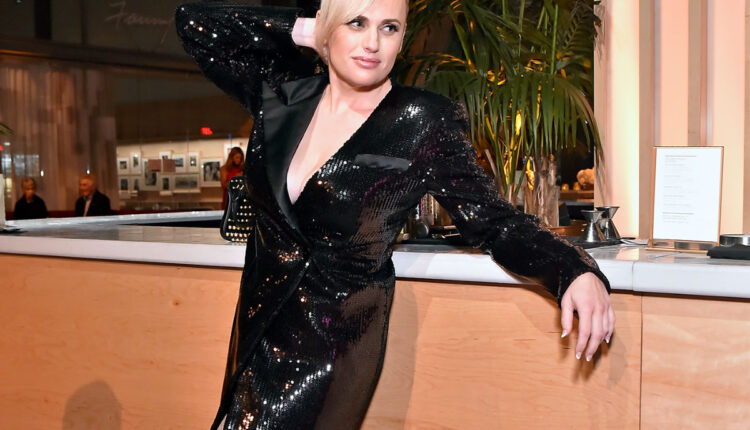 Rebel Wilson’s weight loss has made major headlines lately, though, true to form, the actress isn’t taking her accomplishment too seriously. This week, Wilson spoke with a news outlet to indicate why she really lost weight. To be clear, it wasn’t for attention.

Check out what really seems to be the inspiration behind Rebel Wilson‘s wellness transformation. Also, check out The #1 Best High Protein Breakfast, Says Dietitian.

It was around July 2020 when Rebel Wilson began posting to her Instagram to share some workouts she was putting in. Over the following months, the actress and comedienne periodically shared photos to show how consistent exercise was leading to her gradual weight loss. By this past August, she announced she’d lost a total of more than 75 pounds.

“I was paid a lot of money to be bigger.”

In a 2020 interview with The Sun (via The Independent), Wilson was quoted saying that her previous size was desirable to be cast in film and TV projects. “I had a job where I was paid a lot of money to be bigger, at times which kind of can mess with your head a bit,” she reportedly said.

RELATED: One Major Side Effect Losing Weight Could Have on Your Immunity, New Study Says

“People are so obsessed.”

Now that she’s lost the weight, Wilson has observed how she’s gained attention. “People are so obsessed with it,” Wilson told The Daily Telegraph (via Yahoo! News) in her native Australia. “But I get it. Oprah is one of my heroes. She’s certainly struggled with eating issues, and I would always watch her episodes when she spoke about that.”

Still, the actress said, it’s remarkable that the public has focused more on her body than her professional achievements. “In 2019, I had, like, four movies come out, two which I produced and one, Jojo Rabbit, which got nominated for an Academy Award for Best Picture,” she’s quoted as having said. “Yet I get more press the following year when I do nothing except lose weight.”

RELATED: This Workout Is Better for Your Health Than Running, Trainer Says

Why She Actually Slimmed Down

Wilson said her weight loss wasn’t about appearance. As was the case for a lot of folks (including Adele, as she shared recently), it sounds like she saw the pandemic-induced lockdown as an opportunity to focus on self-care. “It’s not about being a certain size or body weight or anything,” she said. “It’s just about loving yourself and loving the journey that you’re on. And to me, the women I think are most beautiful are those who step into their own power.”

Wilson’s reportedly turned to walking as a consistent fitness activity, and also understanding her motivation for eating. “It worked because it was the whole lifestyle approach and dealing with emotional eating. I’m not totally cured. I don’t think you can be. But I’ve learned to manage it—and it’s not by reaching for a bowl of ice cream.” Wilson added: “For the first time in my life, I’ve lost weight and maintained it.”

How to Lower Inflammation Starting Right Now, According to Nutritionists
The #1 Best Food to Eat to Live to 100, Science Says
Walmart Is Recalling This Item After Two Deaths Were Reported
The #1 Fall Food for Weight Loss, Dietitian Says

The post Rebel Wilson Reveals the Real Reason Behind Her 75-Pound Weight Loss appeared first on Eat This Not That.

The #1 Reason Vitamin D Is Good for Your Bladder, Urologist Says