Popeyes Will Soon Be Selling Its First-Ever Vegan Sandwich Here 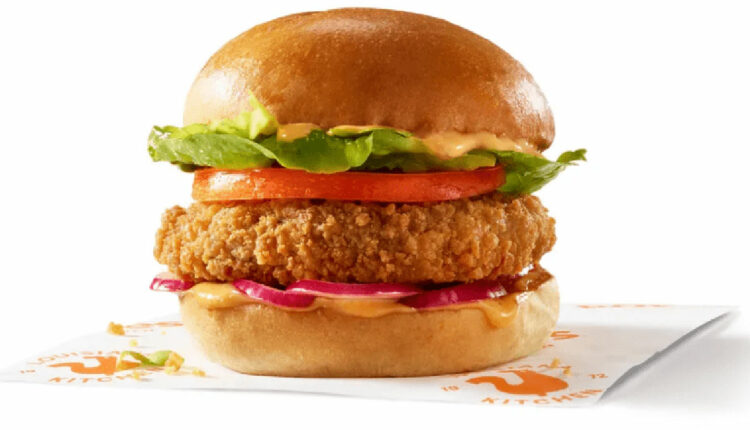 Popeyes, the home of the “war”-starting Chicken Sandwich, is expanding in a new direction—both geographically and culinarily. After just recently announcing the opening of its first restaurant in the U.K., the chain is also adding a unique new item to its menu there: a first-ever vegan burger.

The Cajun Red Bean Burger will include a breaded and fried red bean patty dressed with Creole sauce and served with lettuce and tomato on a brioche bun. The vegan patty, as Eater has pointed out, is reminiscent of the chain’s Red Beans and Rice side dish—a fan favorite in the United States.

“We’re excited that our fans in the U.K. get the opportunity to try the new Cajun Red Bean Burger at their local Popeyes,” the company said in a statement.

However, if you’re hoping to try the new vegan item stateside, here’s the caveat: Popeyes currently doesn’t have plans to bring the Cajun Red Bean Burger to its U.S. restaurants. But it does seem like the company hasn’t completely ruled out the possibility, either. “We are always innovating and exploring ways to expand our menu selection in our home market,” the chain said.

The chain’s first U.K. location, a restaurant in Westfield Stratford City, is slated for a November 20 opening, which will also serve as the official release date for the Cajun Red Bean Burger. The chain expects to open an additional 350 restaurants in the country in the next decade, according to Business Insider.

While Popeyes isn’t the first major fast-food brand to launch a plant-based item on its menu, it’s certainly right on trend. Burger King debuted the Impossible Whopper in 2019, and McDonald’s just began testing its new McPlant burger at U.S. restaurants earlier this month. Popeyes is, however, one of the first chains to develop a vegan burger without the assistance of a big plant-based meat company, such as Beyond Meat and Impossible Foods.

The post Popeyes Will Soon Be Selling Its First-Ever Vegan Sandwich Here appeared first on Eat This Not That.

20 Cozy Squash Recipes That Are Perfect for Weight Loss