Over 50? This Is What Happens to Your Body When You Sleep Too Much 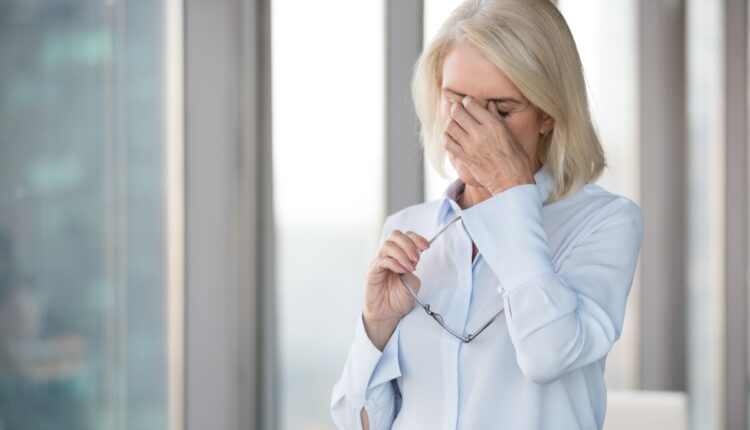 If you’ve found it easy to drift off to dreamland over the past two years or so, you’re in the minority. Sleep has become an increasingly enviable commodity during the COVID-19 pandemic. For instance, one global study published in Sleep Health including people living in 79 different countries estimates that just under 6 in 10 adults have experienced sleep disturbances as of late.

“Overall, sleep disturbances were heightened, with 56.5 percent of our sample reporting clinical levels of insomnia symptoms during the pandemic,” comments Dr. Megan Petrov, an assistant professor in the College of Nursing and Health Innovation at Arizona State University. “Sleep is an essential part of living, just like air, water, and food. Your health and functioning are compromised when the quality of the air you breathe, the water you drink, and the food you eat are poor. This is also the case if your sleep is poor quality and insufficient in quantity.”

Consistently falling and staying asleep night in and night out is undoubtedly a positive. That being said, just like the old saying goes, it’s very possible to have too much of a good thing. While lack of sleep can be a big problem, excessive time spent asleep is also associated with a litany of health issues and conditions. Moreover, many of the health problems linked to oversleeping are already quite common among older adults, which makes too much sleep especially concerning for those over the age of 50.

Keep reading to learn what can happen to your body if you sleep too much past the age of 50. And next, don’t miss Betty White’s 3 Major Secrets to living to 99—they’re good ones!

The more modern science uncovers about the dangers of oversleeping, the more it becomes apparent that the brain is one of the first organs to suffer. New research just released in the scientific journal Brain reports that both sleeping too much or too little is linked to further cognitive decline in old age.

Importantly, these findings held up even after study authors accounted for signs of Alzheimer’s, suggesting dementia onset isn’t entirely to blame for the relationship between oversleeping and cognitive decline.

“Our study suggests that there is a middle range, or ‘sweet spot,’ for total sleep time where cognitive performance was stable over time. Short and long sleep times were associated with worse cognitive performance, perhaps due to insufficient sleep or poor sleep quality,” explains first study author Brendan Lucey, MD, an associate professor of neurology and director of the Washington University Sleep Medicine Center.

Related: Sign up for our newsletter for the latest health and fitness news!

Sleeping too often for too long can also put older adults at further risk of a long list of heart issues and events. This is especially concerning considering older individuals over the age of 50 are already more likely to deal with serious heart problems.

This research from the American College of Cardiology finds that the amount of sleep an older adult attains each night appears to influence the buildup of both fats and plaque in their arteries. Over 1,700 adults were examined for this study, with a median age of 64. Those who slept roughly seven to eight hours per night had far fewer signs of artery stiffening and plaque buildup. Any more or any less, however, and much more plaque was observed—suggesting a higher risk of cardiovascular disease and stroke.

“The message, based on our findings, is ‘sleep well, but not too well.’ Getting too little sleep appears bad for your health but too much seems to be harmful as well,” says lead author Evangelos Oikonomou, MD.

Another study, this one conducted by the European Society of Cardiology, conducted a massive meta-analysis on a dataset encompassing over one million adults living without cardiovascular disease to start. Over the course of roughly nine years, study authors say those sleeping more than 6-8 hours per night were 33%(!) more likely to develop or pass away from coronary artery disease/stroke.

“Our findings suggest that too much or too little sleep may be bad for the heart. More research is needed to clarify exactly why, but we do know that sleep influences biological processes like glucose metabolism, blood pressure, and inflammation—all of which have an impact on cardiovascular disease,” explains study author Dr. Epameinondas Fountas, of the Onassis Cardiac Surgery Centre, Athens, Greece.

Related: Sleeping This Much Increases Your Diabetes Risk By 58%, New Study Finds

Sleep is supposed to ensure we’re awake and alert while the sun is out, but ironically, sleeping too much can actually lead to a thick layer of daytime drowsiness that’s extra hard to shake off.

This research published in Psychosomatic Medicine uncovered that “long sleepers,” defined as people who typically sleep more than eight hours daily, tend to report more daytime sleepiness and feeling particularly “unrefreshed” upon waking up each morning. It’s also worth noting that long sleepers actually complain of sleep issues like waking up in the night frequently or trouble falling asleep more often than those who stick with 7-8 hours of shuteye per night. This just goes to show that sleeping for a long time doesn’t necessarily correlate with quality slumber.

“Although it is unclear why long and short sleepers should have similar types of sleep complaints, these data challenge the assumption that more than seven or eight hours of sleep is associated with increased health and well-being,” says study co-author Michael A. Grandner, B.A.

Legendary rapper Nas may not have been far off when he iconically said that sleep is the cousin of death. Numerous research projects have concluded that too much sleep can result in higher overall mortality risk.

One study examined the relationship between sleep habits and mortality among over 10,000 adults. Sleep pattern fluctuations were noted over a five year period, and then researchers kept that data in mind while analyzing mortality rates among the population sample 11-17 years later. Adults who began sleeping eight or more hours per night were more than twice as likely to pass away in comparison to others who stuck with a consistent seven hour sleep schedule.

Another study published in PLOS Medicine reports that people who sleep more than nine hours per night and live a largely sedentary lifestyle are more than four times as likely to die prematurely. Considering that many older adults let their fitness habits slide as they advance in age, it’s that much more important for those over 50 to keep these findings in mind.

If staying slim is on your agenda, be sure to set your alarm clock each night. Regularly sleeping too much has been shown to promote extra weight gain. This study published in Sleep tracked the lifestyle habits of 276 adults for a total of six years. Sure enough, both short (5-6 hours) and long sleepers (9-10 hours) gained more weight over that period. Regarding the oversleepers specifically, such individuals were a full 21% more likely to develop obesity over the course of the research.

“This study provides evidence that both short and long sleeping times predict an increased risk of future body weight and fat gain in adults. Hence, these results emphasize the need to add sleep duration to the panel of determinants that contribute to weight gain and obesity,” study authors conclude.

To help counteract these effects, make sure you’re sleeping about 7-9 hours a night, and get your body moving by trying These 4 Exercises ASAP for a Lean Body for Good, Trainer Says.

The post Over 50? This Is What Happens to Your Body When You Sleep Too Much appeared first on Eat This Not That.

5 Bankrupt Restaurant Chains That Have Been Revived This Year