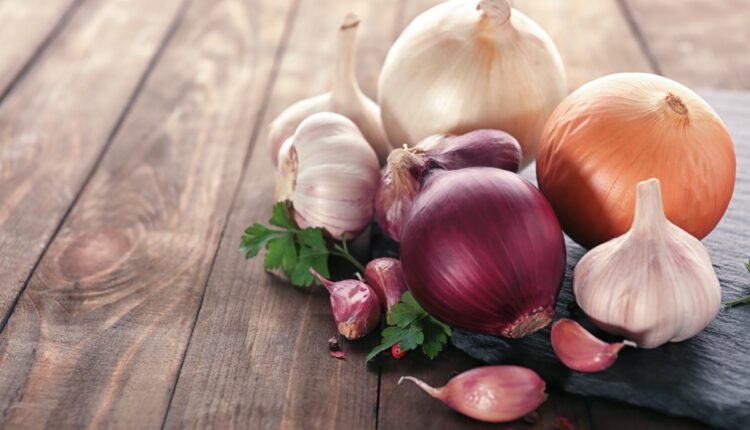 When 20 people fell sick with food poisoning in recent weeks after all dining at the same restaurant chain, few probably expected that outbreak to be traced back to onions. However, multiple government agencies have investigated to confirm that indeed, onions that were distributed in the U.S. and Canada are what made more than 650 people sick in 37 states. As last week closed, several companies whose names you’ll recognize were working swiftly to make sure you and your loved ones do not eat these onions.

Sign up for the Eat This, Not That! newsletter for breaking food news you need.

On Friday, Keeler Family Farms of New Mexico announced they were voluntarily recalling “red, yellow, and white onions shipped from July 1, 2021 through August 25, 2021” and “distributed to wholesalers, restaurants, and retail stores in all 50 states and the District of Columbia.”

They say the onions were sold in 25-pound and 50-pound mesh sacks which may be white, purple, or red, bearing a label “marked as MVP (product of MX).” More details are here.

RELATED: What Happens To Your Body When You Eat Red Onion

Though it’s not clear exactly to where these onions might have been shipped after distribution, the company stated the onions had been distributed to centers in Minnesota and North Dakota. You can go here for more information on the Green Giant onion recall.

Also Saturday, the meal delivery subscription kit brand, HelloFresh, announced a voluntary recall of its onions “due to the potential presence of salmonella bacteria. [sic]” HelloFresh advised: “Please discard all onions received from July 7, 2021 through September 8, 2021.”

The company added: “In the event that the onions have been consumed, please note that thoroughly cooking the product to 165ºF/74ºC, as instructed on the recipe, will kill the salmonella bacteria.

If you are experiencing any symptoms, please contact your healthcare provider immediately. Click here for more information from the FDA about this supplier recall and the potentially related symptoms.

We sincerely apologize for this supplier-related incident.”

Learn more about the HelloFresh onion recall, and refer to the following product codes that are affected by the recall:

RELATED: Grocery Prices Are About to Spike 10% for the Rest of 2021, Insider Predicts

EveryPlate was another meal subscription kit that voluntarily recalled onions Saturday after the company said it had “been informed by one of its ingredient suppliers that it is conducting a voluntary recall of its onions due to the potential presence of salmonella bacteria. [sic]”

EveryPlate advised customers: “Please discard all onions received from July 7, 2021 through September 8, 2021.” You can learn more about whether the EveryPlate onion recall affects you. Product codes for the recalled onions are below:

These 6 Beloved Grocery Store Chains Are Opening New Locations Soon
The #1 Reason Vitamin D Is Good for Your Bladder, Urologist Says
Costco Members Are Sharing Their Genius Methods for Carrying Groceries Home
Over 60? Eating This Could Reduce Your Hip Fracture Risk by Half, Science Says

The post Onions From These Popular Brands Are Being Recalled After 200 People Were Hospitalized appeared first on Eat This Not That.

The Worst Side Effect of Eating Steak, Says Dietitian