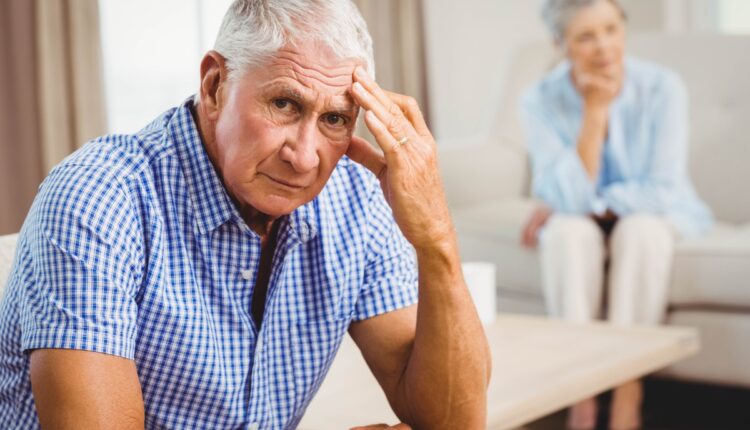 Dementia is a progressive disease, and it’s important to treat it as early as possible so its progression can be slowed. That’s challenging, because many early symptoms of dementia are vague—and some may seem unrelated to the condition. A new study suggests there’s a major sign that you may develop dementia that may be overlooked. Read on to find out more—and to ensure your health and the health of others, don’t miss these Sure Signs You May Have Already Had COVID.

Dementia is an umbrella term for several disorders of the brain that involve changes to memory, thinking, personality, and judgment. Ultimately, these changes interfere with a person’s ability to function and live an independent life.

Most cases of dementia are diagnosed in people older than 65, and the biggest risk factor for dementia is simply getting older. Alzheimer’s disease is the most common form of dementia, affecting about 6.2 million Americans.

A study published last month in the journal Regional Anesthesia and Pain Medication looked at the connection between chronic pain—specifically, widespread pain—and dementia.

Researchers analyzed data from the Framingham Heart Study, a community-based study that has tracked the health of thousands of people over decades. The participants—who were dementia-free when they joined the study—were asked about their pain status once between 1990 and 1994.

They were divided into three groups: Widespread pain—defined as pain above and below the waist, on both sides of the body, the skull, backbone and ribs; other pain—in one or more joints only; or no pain. Researchers then followed up with each participant a median of 10 years later.

RELATED: The #1 Cause That Makes You Look Older, According to Science

RELATED: This Blood Type Puts You at Risk for “Deadly” Cancer

What Does This Mean?

“These findings provide convincing evidence that [widespread pain] may be a risk factor for all-cause dementia, [Alzheimer’s disease], and stroke. This increased risk is independent of age, sex, multiple sociodemographic factors, and health status and behaviors,” the researchers wrote.

But, the researchers cautioned, the correlations don’t prove any causes, and any relationship between widespread pain and dementia is likely to be affected by several factors. They called for more studies to be done.

Other Symptoms of Dementia

Well-established common signs of dementia include:

And to get through this pandemic at your healthiest, don’t miss these 35 Places You’re Most Likely to Catch COVID.

The post Major Sign You May Have Dementia, Says Study appeared first on Eat This Not That.

Over 60? Here’s How To Live Longer