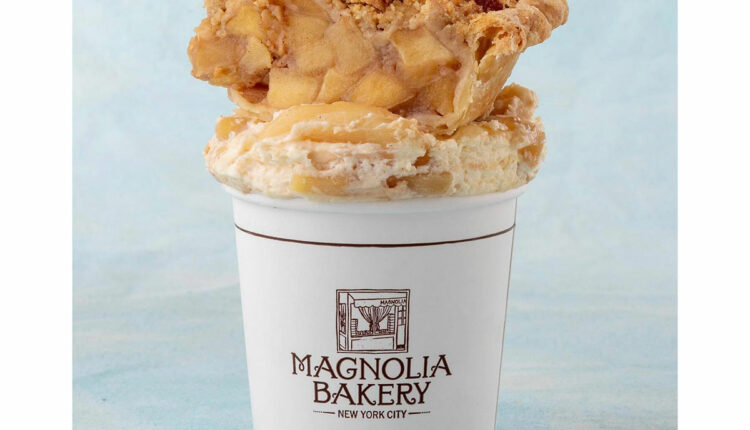 After Magnolia Bakery’s iconic banana pudding experienced a resurgence in popularity earlier this year, the famed New York establishment announced that it was switching things up for fall with a first-ever non-banana-based pudding.

The bakery, which was first made famous by its appearance on TV shows Sex and the City and Saturday Night Live in the 2000s, is almost synonymous with cupcakes. But its banana pudding, a proprietary blend of bananas, Nilla wafers, and thick, custard-like vanilla pudding, isn’t far behind. And in order to keep the pudding momentum going, the bakery knows innovation is key.

RELATED: Magnolia Bakery Has Shared the Secret Recipe for Their Most Famous Dessert

Enter a new section on Magnolia Bakery’s menu: Seasonal Pudding. And first up in the seasonal category is Apple Crisp Pudding, a recent creation that the brand concocted specifically for the colder seasons.

Unfortunately, the new seasonal flavor is here, well, just for the season. The pudding will be available until November 25 and if you aren’t near one of their locations, fret not—Magnolia ships nationwide through their upgraded website.

Although the brand now encompasses 20 locations across the United States and abroad, it was the e-commerce portion of the business that enabled it to thrive during the pandemic. According to The Wall Street Journal, the brand is also looking ahead under new ownership—it was acquired by entrepreneurs Stephen Ross and Matt Higgins. The duo plans to expand the online business as well as explore introducing Magnolia Bakery’s products to retail.

Whatever the future holds, we’re sure to see several more iterations of seasonal pudding on the menu.

The post Magnolia Bakery Just Made This Major Change To Its Pudding For the First Time Ever appeared first on Eat This Not That.

White House Mandates Vaccine By This Date for 80 Million Americans