Kevin O’Leary: My crypto portfolio is “almost at 10%” 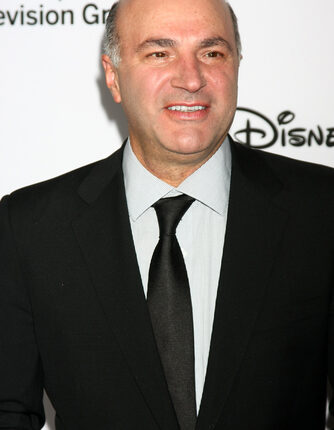 The “Shark Tank” investor holds Bitcoin, Ethereum and USDC among many other crypto assets
His crypto portfolio has grown by 7% this year and could be higher be end of the year
O’Leary says “some level of diversification is the key”

Kevin O’Leary aka Mr. Wonderful has grown his crypto portfolio to “almost 10%” of his investment, with Bitcoin, Ethereum and USD Coin (USDC) making up the largest share of the exposure.

O’Leary, famous for his role as a “Shark Tank” investor, revealed this during a Reddit Talk session held on Thursday, 11 November.

He noted that his portfolio had grown “remarkably” over the course of 2021, a year that has seen cryptocurrencies explode to new highs led by Bitcoin’s run to prices above $69,000. Referring to the steady additions to his crypto holdings, O’Leary noted:

“At the beginning of the year, I was at 3% weighting. The target was to get 7% by year-end. However, because of the appreciation of so many of the assets I have now, we’re almost at 10% today.”

The investor has revealed his crypto assets are diverse, and that his exposure to the sector includes investments into crypto products. He holds BTC, Ether and the stablecoin USD Coin, but that’s not all there’s.

“Some people think the game is over and Ethereum is it, but I don’t agree. There are many other alternatives, whether it be Solana or anything else. If you’re an investor like I am, you want diversification. That’s the key,” he said.

According to him, the portfolio is still set to grow as he looks to allocate more towards other cryptocurrencies, with considerations on project team, developers and ledger.

“So, we’re going to end up at the end of the year with a very significant holding in crypto assets, and it’s not just bitcoin,” he added.

Cryptocurrency has grown to become a $3 trillion market, with institutional investors increasing their exposure through products like the Grayscale Bitcoin Trust and exchange traded funds (ETFs).

The post Kevin O’Leary: My crypto portfolio is “almost at 10%” appeared first on Coin Journal.

HEX trading volume up 172% today: where to buy HEX