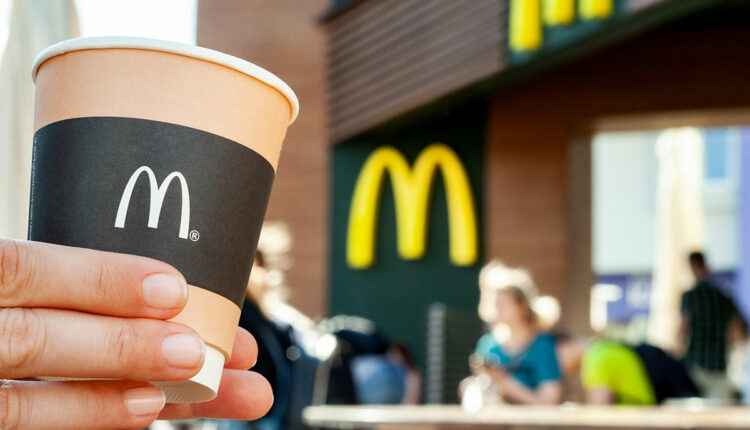 In late February of 1992, a 79-year-old woman named Stella Liebeck ordered a 49-cent cup of coffee from a McDonald’s restaurant in Albuquerque, N.M. That beverage would turn out to be the costliest cup of coffee the chain had ever sold. Until, perhaps, now.

Liebeck suffered severe burns when the dangerously hot coffee spilled onto her lap, injuries that would lead to a lawsuit with a multi-million dollar settlement. (Though the amount was subsequently reduced and the matter closed in a private settlement.) It was also largely derided as a frivolous case that had inspired countless personal injury lawsuits against major corporations, many of which were, indeed, without merit.

But a close review of the facts of Liebeck’s suit shows it was far from frivolous—McDonald’s coffee had already been known to cause serious injury when spilled, yet the company had taken no action to protect its customers. And it seems that the chain still hasn’t taken proper steps to solve the issue: despite the fact that McDonald’s has already lost several lawsuits over hot coffee burns, there are now two recent new cases filed.

For more, check out McDonald’s, Subway, and More Are Expected to Be Investigated By the FTC.

The facts of the 1992 hot coffee case

On that fateful February 27, 1992, Stella Liebeck was seated in the passenger seat of a parked vehicle when she popped the lid off her McDonald’s coffee, intending to add cream and sugar, according to Poole Law Group. Liebeck accidentally spilled the coffee on her lap, which under normal circumstances would have resulted in temporary discomfort and perhaps embarrassment, but not grievous injury. But in this case, the coffee was heated to a wildly unsafe temperature between 180 and 190 degrees Fahrenheit, a mere 25 or so degrees below the boiling point of water. Liebeck’s thighs sustained third-degree burns so severe she required skin grafts. She was initially willing to settle for a payment of her medical bills and lost wages, only moving ahead with a more punitive civil case when the McDonald’s corporation offered compensation of a mere $100, according to Consumer Attorneys Of California (CAOC).

RELATED: And don’t forget to sign up for our newsletter to get the latest restaurant news delivered straight to your inbox.

The difference between hot and too hot

The company knew the coffee was too hot

Mistakes can be forgiven when it’s clear they were made without the knowledge that could have stopped them. But that was far from the truth in Stella Liebeck’s case. In fact, according to CAOC, McDonald’s was using an operator’s manual that dictated the coffee be kept at a temperature between 180 and 190 degrees Fahrenheit. And what’s more, the company had already faced multiple similar injury claims before, yet had taken no action either to reduce the temperature of the coffee served at restaurants or to at least ensure customers knew the beverages would initially be too hot for safety.

McDonald’s is currently facing new lawsuits that are quite comparable to that seminal case. The company and one of its San Antonio, Texas franchisees are facing two hot coffee spill lawsuits in Bexar County, according to KSAT. The first suit was filed on October 5 and relates to an incident that occurred in 2019, when a cup of coffee handed through a drive-thru window spilled on a woman’s lap and caused “serious and permanent injuries.” The second lawsuit, filed days later, relates to an incident from 2020, in which another cup of coffee passed from a different drive-thru window also spilled and resulted in second-degree burns. The plaintiff in the first suit is seeking $250,000 in damages, while the plaintiff in the latter seeks $1 million, according to Law and Crime, and both have cited loosely fitted lids as the culprits for the spills.

One of the recent McDonald’s lawsuits says the chain was negligent in handling hot coffee. In particular, the chain is being held responsible for “failing to properly handle hot materials when delivering to customers, failing to maintain liquids at a temperature that would protect customers from suffering burns, failing to train employees in handling hot liquids, and failing to act as a reasonable person using ordinary care in the same or similar circumstance,” according to KSAT.

Turns out, McDonald’s has something to gain by keeping its coffee at scalding temperatures: the hotter coffee seems fresher, especially to people with long commutes. It remains to be seen whether the new lawsuits can finally bring about meaningful change in the way McDonald’s serves its coffee.

The post Is McDonald’s Coffee Really Too Hot? Two New Lawsuits Say Yes appeared first on Eat This Not That.

Costco Just Added These 5 New Grocery Items to Its Website