Is In-N-Out Opening Its First Locations In This Southern State? 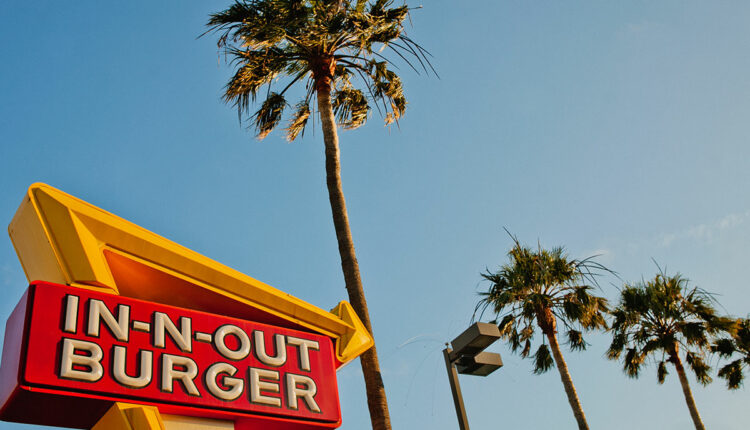 In-N-Out has recently made headlines with its rare public stance against vaccine mandates, a move that has cost the chain several restaurant closures in its home state of California.

But thanks to an open invitation by the state of Florida to move its business there, speculations about In-N-Out’s expansion to the Sunshine State have been swirling. Here’s what the chain had to say about opening for business in the Southern state.

And for more, check out McDonald’s and Other Chains Are Closing Dining Rooms Again Amid the New Vaccine Mandate.

Locations of the chain are shutting down in California

As proof of vaccine became mandatory for indoor dining in In-N-Out’s home state of California, the chain quickly took a stance against the mandate, outright refusing to check the vaccine status of its dine-in guests.

“We fiercely disagree with any government dictate that forces a private company to discriminate against customers who choose to patronize their business,” the chain said in a statement back in October. “This is clear governmental overreach and is intrusive, improper and offensive.”

As a result, two of its locations—one in San Francisco and one in Pleasant Hill—were shut down by the Department of Health. The chain then voluntarily announced the closure of several additional dining rooms in Contra Costa County.

Florida extended an open invitation to the chain

Florida, a state with a very different approach to COVID-19 regulations, used this as an opportunity to extend a hospitable invitation to the iconic burger chain. In his October interview on Fox & Friends First, Florida’s CFO Jimmy Patronis said In-N-Out should consider moving its business to his state.

“I applaud the courage that [In-N-Out owner] Lynsi Snyder has shown, but I know this, Lynsi, what I can offer you in my commitment on behalf of the state of Florida is you’re going to be in a mandate-free state,” Patronis explained, adding that he expects In-N-Out to move out of California due to overregulation.

In November, the office of Florida Governor Ron DeSantis let it be known that a meeting took place with the chain’s President Lynsi Snyder-Ellingson. Fueling further rumors of a partnership, DeSantis’ press secretary said the phone call between the governor and Snyder-Ellingson was a “productive conversation.”

“As you may have heard, In-n-Out has closed a couple of locations in California due to vaccine passport requirements. This is what prompted the discussion about opening locations in Florida,” the press secretary said in an email to News 6.

No current plans for a move to Florida

And while some Floridians already pictured the famous burgers landing in their neighborhoods, the optimism was premature. In-N-Out soon issued a statement of its own, saying it has no current plans to open any locations in Florida or move its corporate headquarters there.

“On Monday, Nov. 8, In-N-Out Burger President Lynsi Snyder-Ellingson had a phone call with Florida governor Ron DeSantis,” Arnie Wensinger, In-N-Out Burger’s chief legal and business officer, said in a statement to Restaurant Business. “The phone call was at the request of Gov. DeSantis and the primary purpose was to establish a business relationship. During that call, Gov. DeSantis graciously invited In-N-Out to do business in the state of Florida. While we are thankful for the gracious invitation, In-N-Out Burger has no plans or intention to expand operations or move its corporate headquarters to Florida.”

And while the chain declined Florida’s invitation, Sunshine State’s CFO Jimmy Patronis says he won’t give up so easily. On November 10 he Tweeted that he plans on “keeping at it,” and said Floridians are “hungry for” In-N-Out’s popular burgers.

Florida is a beacon of freedom and we’ve got millions of residents who are hungry for @inandoutburger, so I plan on keeping at it. After all – you miss 100% of the shots you don’t take. Floridians love this business and they’re enthusiastic about it. pic.twitter.com/rKGVVYwRvW

The post Is In-N-Out Opening Its First Locations In This Southern State? appeared first on Eat This Not That.