Is Coffee Just as Healthy as Tea? 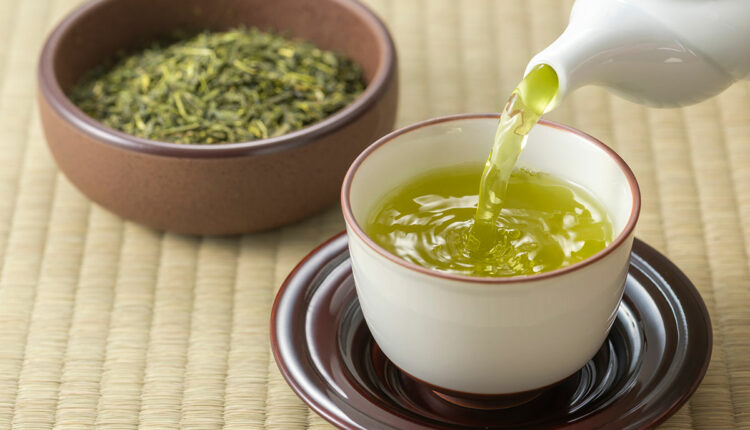 Which drink do you get excited about in the morning? Maybe you’re a coffee drinker who loves a bold roast to get your day started, or perhaps you prefer the light, comforting flavors of a cup of tea.

When it comes to choosing your morning beverage, maybe you’ve been curious about which option is better to drink. We know that tea has amazing side effects like helping you to lose weight and even helping you sleep better, but what about coffee?

Read on to learn if coffee is just as healthy as tea, and for more healthy eating tips make sure to check out The 7 Healthiest Foods to Eat Right Now.

Can boost your metabolism

Green tea is actually one of the most powerful metabolism-boosting beverages you can drink!

Its benefits come from their antioxidants called catechins, which not only help with your metabolism but have been known to have anticancer properties as well.

This review also says that it is most likely the combination of the caffeine in green tea and its l-theanine, which is an amino acid found in certain teas.

Can reduce risk of death from heart disease

In some cases, tea may even be able to help you live longer. A report published in the European Journal of Preventative Cardiology looked at over 100,000 Chinese adults and recorded cardiovascular disease, deaths related to cardiovascular health, and all-cause deaths after about 7 years.

What they found was that habitual tea drinkers had a lower risk of cardiovascular disease as well as a reduced risk of all-cause mortality, which refers to death from other causes as well.

Can help you live longer

Just like tea, coffee has also been proven to lower the risk of multiple-cause mortality. Circulation published a review on the ways coffee can benefit your health, and the findings were fascinating.

Can lower risk of Alzheimer’s

What’s really interesting is that it seems coffee and tea both have positive effects on your brain health. A 2013 review published in The Journal of Neurosurgery, Neurology, and Neurosciences found that coffee consumption was actually associated with a decreased risk of developing Alzheimer’s Disease.

Can help you burn fat

The Harvard School of Public Health performed a study on over 100 adults who were considered to be overweight. This study, which lasted 24 weeks, found that those who drank four cups of coffee on a daily basis found a body fat reduction of around 4%.

So, what is the final verdict on coffee vs. tea? Well, as you can see, both beverages come packed full of health benefits, so it’s a tough call to make.

And although their positive effects are similar, coffee has a couple of potential negative risks to pay attention to.

For one, too much caffeine has been associated with increased anxiety symptoms, and although certain teas still have some caffeine, coffee has way more.

Another thing to consider with drinking coffee is how easy it is to load on the sugar and fat calories with every cup. To some, drinking coffee means filling it up with cream and sugary syrups, which may counteract some of its health benefits. (See: The Unhealthiest Coffee Drinks in America.)

At the end of the day, it seems that coffee is actually as healthy as tea, as long as it’s consumed black or with very little creamer and sugar added. So, pour your favorite cup of joe and enjoy the health benefits!

For more healthy eating news, make sure to sign up for our newsletter!

One Major Effect Coffee Has On Your Liver, New Study Says
The Verdict On How Healthy Coffee Really Is For Your Heart
One Major Side Effect of Not Drinking Tea, Says Science

The post Is Coffee Just as Healthy as Tea? appeared first on Eat This Not That.

This is What Made Dr. Fauci Cry in Documentary

Where to buy Zcash as ZEC poised for breakout