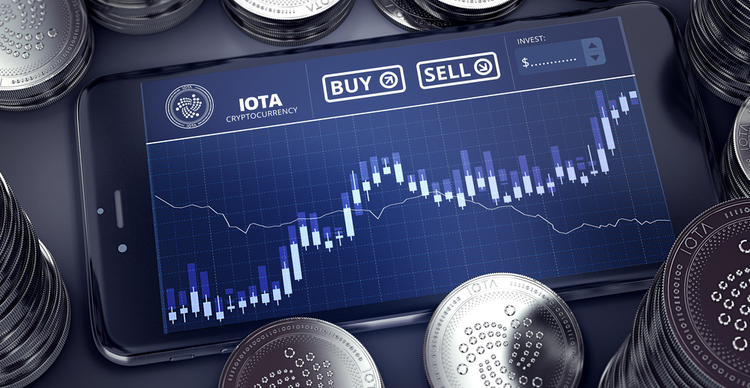 IOTA saw its price surge to its highest level in early morning deals on Monday, touching the ceiling around $1.68. In the past 24 hours, IOTA’s price has increased by 3.3%, while weekly gains currently stand around 23%

For IOTA, the upside also follows a positive technical outlook as published by a major financial institution in the wake of the altcoin recovery across the crypto market.

Last week, a Bank of America report highlighted 15 altcoins analysts said had the potential to see more gains amid increasing investor interest. Apart from IOTA, the bank’s report zeroed in on Tezos (XTZ), EOS (EOS), Stellar (XLM),  Tron (TRX) and Monero (XMR) among other crypto projects predicted to see a similar growth cycle to that of Ethereum (ETH).

On the daily chart above, IOTA price began to increase after the appearance of the morning star pattern as shown by the three candlesticks marked in a circle. The pattern supported a bullish move, which incidentally coincided with a breakout for MIOTA/USD to highs of $1.68.

The long shadow of the current candle shows the increased profit taking seen on the day and could potentially catalyse a downward trend for MIOTA/USD. If this happens, bears might fancy a retest of $1.40 and likely the 100 SMA at $1.10.

IOTA is currently trading at $1.49 but remains above both the 50-day and 100-day moving averages. The technical advantage is also leaning heavily towards another leg up due to the daily RSI indicator’s sharp move above 50. The indicator is yet to hit overbought conditions, suggesting a recovery in line with the broader market’s bullish sentiment could put buyers firmly in control.

Check out our how to buy IOTA page here

El Salvador to channel Bitcoin gains into a veterinary project