If You Have This Gene, Your COVID Death Risk May Double 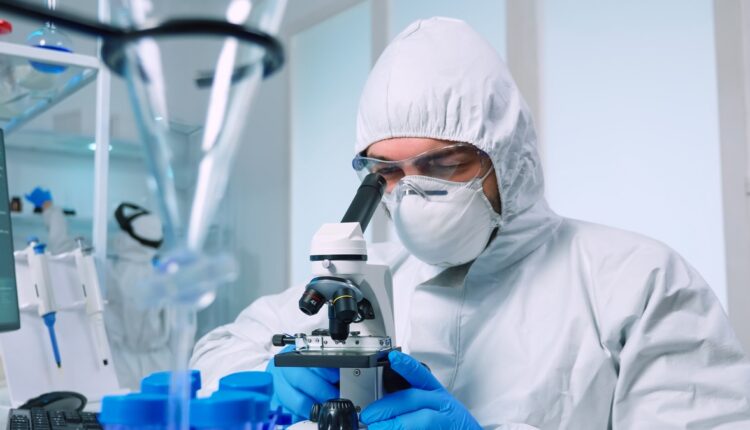 As medical experts continue to learn more about COVID-19, a new study finds people with the LZTFL1 gene that are under 60-years-old have double the risk of dying from the virus, Live Science reports. “It’s one of the more prevalent genetic signals, so it’s by far the most important genetic hit in COVID,” said James Davies, a professor of genomics at the University of Oxford and one of the leaders of the new research. Read the five tips below to find out more about the LZTFL1 gene and the risks—and to ensure your health and the health of others, don’t miss these Sure Signs You’ve Already Had COVID.

LZTFL 1 stands for leucine zipper transcription factor like 1 and is a member of the Bardet–Biedl syndrome (BBS) gene family. According to Livescience, “the gene, LZTFL1, is involved in the regulation of lung cells in response to infection. When the risky version of the gene is present, cells lining the lungs seem to do less to protect themselves from infection with the coronavirus SARS-CoV-2. The gene version that raises COVID-19 risk is present in 60% of people of South Asian ancestry, 15% of people of European ancestry, 2.4% of people with African ancestry and 1.8% of people with East Asian ancestry.”

While people under the age of 60 have a greater risk, there are many other factors. “Many factors play a role,” Davies told Live Science. These include age, other health conditions and socioeconomic status, which can influence both how much exposure to the virus a person faces and the quality of health care they receive if ill. India, for example, experienced overwhelmed hospitals during its delta surge, and the country has a high prevalence of type 2 diabetes and heart disease, which played a huge role in the mortality rate in its population. But the risky version of LZTFL1 does seem to have a notable impact. For comparison, each decade of age between 20 and 60 doubles a person’s risk of severe COVID-19. That means that carrying the risky version of the LZTFL1 gene “is roughly equivalent to being 10 years older, in effect, for your risk of severity of COVID.”

Through a complicated process, experts pinpointed the gene and learned about how it causes an increased risk for COVID. According to Live Science, “Researchers first homed in on this gene using what’s called a genome-wide association study (GWAS). They compared the genomes of a group of patients who had severe COVID-19 — defined as those who had respiratory failure — with the genomes of a control group of participants who had either no evidence of infection or a history of infection with mild symptoms. This study revealed a suite of genes that were more prevalent in the severely impacted patients than in the control group. But figuring out which of those genes actually conferred increased risk was not straightforward, said Jim Hughes, a professor of gene regulation at the University of Oxford who co-led the study. Variations in genes are often inherited as a block, making it hard to untangle which particular variation is responsible for an outcome, Hughes said. And while genetic sequences are present in every cell in the body, they affect only a few cell types. Finally, the genetic sequences the researchers were trying to understand were not the simple, straightforward genes that provide the blueprint for a protein. Instead, they were so-called enhancer regions — noncoding sequences that regulate how other genes are expressed. An enhancer is a bit like a switch, turning target genes on and off and up and down at different times in different tissues, Hughes said.”

It’s been widely known that COVID can cause respiratory issues and the LZTFL1 gene increases the severity. The BBC reports, “Researchers believe the risky version of the gene makes people’s lungs more susceptible to coronavirus. They hypothesise that the high-risk gene derails a key protective mechanism that cells lining the lungs normally employ to defend themselves from Covid. When cells lining the lung interact with coronavirus, one of their defence strategies is to turn into less specialised cells and become less welcoming to the virus. This despecialisation process reduces the amount on the surface of cells of a key protein called ACE-2, which is key to coronavirus attaching itself to cells. But for people with the risky version of the LZTFL1 gene this process does not work as well, and lung cells are left vulnerable to invasion of the virus. Scientists say it is significant that the gene involved affects the lungs, but does not have an impact on the immune system.”

RELATED: This One Thing Can Lead to More Visceral Fat, Says New Study

While there is a greater risk for some, there is hope. “Carrying the risky version of the gene is not a death sentence; while it raises the risk of severe disease, it does not guarantee it. Other genes or non-genetic factors may lower a person’s risk of severe disease even in the presence of the risky sequence. And because the gene isn’t involved in the immune system,” Davies told Live Science. People who carry the high-risk version of the gene are likely to be just as responsive to COVID-19 vaccination as everyone else. “We think that vaccination will completely cancel out this effect,” he said. So get vaccinated, and to protect your life and the lives of others, don’t visit any of these 35 Places You’re Most Likely to Catch COVID.

The post If You Have This Gene, Your COVID Death Risk May Double appeared first on Eat This Not That.