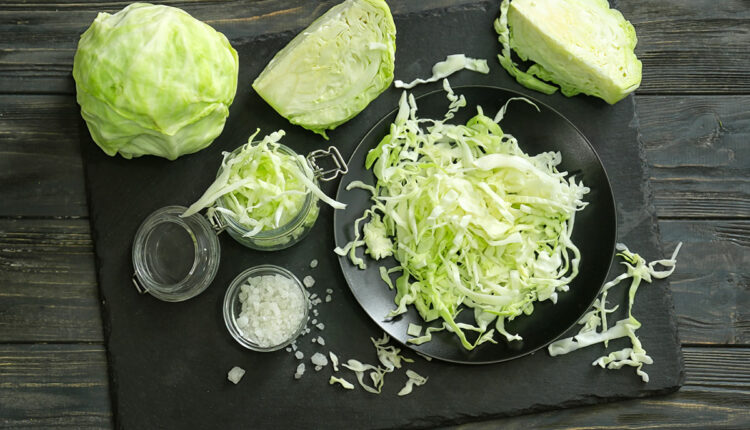 Cabbage, the unassuming vegetable that plays a supporting role in many dishes, is actually full of rich history and captivating facts. For starters, it is one of the oldest known vegetables. Thousands of years ago it was revered by the people of Ancient Rome and Greece, who used it for its medicinal properties. In the health realm, cabbage also has a reputation as being a tasty whole food that is packed with a staggering amount of vitamins and nutrients.

If you thought cabbage was just a coleslaw ingredient, think again. Below are seven interesting facts about cabbage that you may not know. Plus, be sure to read up on the The 100 Healthiest Foods on the Planet.

Cabbage has been around for over 4,000 years.

Even though cabbage makes appearances in many delicious modern recipes (cabbage “steaks”, anyone?) it actually has roots dating back thousands of years. According to an article from The University of Arizona’s College of Agriculture and Life Sciences, green cabbage is one of the oldest known vegetables and is believed to have originated in Southern Europe, England, and Denmark 4,000 years ago. As the story goes, in 600 B.C. wild cabbage was brought to Europe by Celtic nomads. Here it was revered by ancient Greeks and Romans who lauded the cruciferous vegetable for its healing medicinal properties.

Sign up for our newsletter for more food news and healthy eating tips.

All varieties of cabbage are high in Vitamin C.

Good news—it doesn’t matter which kind of cabbage you like to reach for as they are all packed with vitamin C. According to research, just a half cup of cabbage has approximately 45% of the daily recommended vitamin C. Vitamin C is especially known for its healing qualities, which include preventing certain cancers and reducing the risk of cardiovascular disease.

RELATED: The #1 Best Vegetable To Eat, According to a Dietitian

One cup of cabbage has approximately 20 calories.

Cabbage is big in taste and flavor, but very low in calories. For example, a cup of chopped cabbage has just 22 calories, making this easy-to-eat vegetable a perfect match for calorie-conscious individuals. Because of cabbage’s low-calorie count, it is a great ingredient to use in place of carb-heavy products, such as pastas, breads, and rice. For instance, hamburger buns can be swapped out for salted cabbage leaves and shredded cabbage can substitute noodles in dishes such as spaghetti bolognese and Pad Thai.

Red cabbage is healthier than the green variety.

Even though all types of cabbage are full of vitamins and nutrients, the red variety may take home the gold in the health department. For example, red cabbage is full of anthocyanins, which is a flavonoid that helps give red cabbage its pigmented color. Anthocyanins have anti-inflammatory, anti-viral, and anti-cancer properties that help prevent disease

RELATED: 30 Foods That Reduce Your Risk of Breast Cancer

Red cabbage may be a pH indicator.

Red cabbage, the crunchy vegetable that is often found in salads and heaped onto fish tacos, may be able to add another job to its resume—pH indicator. According to scientific research, red cabbage’s anthocyanins change color based on how acidic something it comes into contact with is. For instance, when red cabbage juice is mixed with something that is acidic (has a pH level lower than 7) it will turn red, and when it is mixed with something that is alkaline (has a pH level greater than 7) it will transform into a bluish-green color. Famed health doctor, Dr. Greger, also talks more about this in his book, “How Not to Die” and on his website, Nutrition Facts.

Napa cabbage is a great source of fiber.

Napa cabbage, the crunchy, leafy vegetable that is often found in soups and stir-fries, is high in soluble and insoluble dietary fiber which both have a plethora of health benefits. For instance, soluble fiber may help lower cholesterol and reduce the risk of cardiovascular disease, whereas insoluble fiber can help keep you regular. Both types of fiber also work hard to fight off diseases, such as diabetes, and can help keep you fuller longer.

RELATED: Turns Out, Oatmeal is Even Healthier For You Than We Thought

A famous baseball player used to wear a cabbage leaf under his ball cap.

Iconic baseball player, Babe Ruth, was not only known for his impressive sports stats, but also for his unique habit—the Babe used to wear a chilled cabbage leaf under his ball cap during baseball games. Before each game, he would rip off a few cabbage leaves, spread them over ice, and then, once they were cooled, stick them onto his head. He found that these leaves kept him cool during those hot summer months spent playing ball in a wool uniform. Hey if it worked for the Babe, maybe it will work on the subway in the middle of summer!

16 Healthiest Foods to Kickstart Weight Loss, According to RDs

30 Best Cooking Tips, According to Experts

The post Healthy Secrets About Cabbage You Never Knew appeared first on Eat This Not That.

This is Where COVID Will Surge Next, Virus Expert Says

Pumpkin Seed Oil Has These Amazing Hidden Benefits, According to RDs