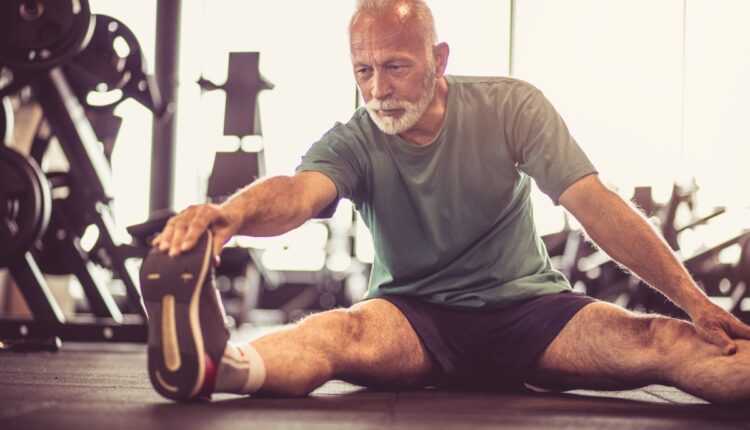 There’s no shortage of reasons to exercise regularly. Want to bulk up? Hit the weight room. Looking to lean out? Get to jogging! Exercise can also help with far more than just physical appearances. From a more positive mindset to a considerably lower risk of developing various diseases, staying fit is a fundamental aspect of healthy, well-rounded living.

Speaking of exercise in relation to disease, a consistent fitness schedule is even associated with a lower risk of developing cancer. For instance, one research project reports very active people are 19% less likely to develop stomach cancer. Another report states active women are 12-21% less at risk of breast cancer as well.

Now, groundbreaking new research out of Australia is adding yet another item to exercise’s list of cancer-fighting benefits —and it’s a big one. The study, conducted at Edith Cowan University and published in the scientific journal Medicine & Science in Sports & Exercise, may revolutionize cancer treatment approaches in the not-so-distant future. Read on to learn more.

What about once cancer has already developed? Will exercise still prove helpful in fighting the disease? That’s the question researchers set out to answer, and what they discovered is very promising.

When exercise occurs, study authors explain, the human body’s muscles produce proteins called myokines to be released into the bloodstream. This new study shows that those myokines are capable of both suppressing cancer tumor growth and actively leading the charge against fighting cancer cells.

Various previous studies and trials had already noted that cancer patients who maintain a regular exercise routine usually see their cancers progress at a slower rate than others. Now, science finally has an explanation for those findings. While this work is ultimately preliminary and requires further validation, it certainly appears that exercise can be a key asset in the battle against cancer.

Related: Sign up for our newsletter for the latest health and fitness news.

A group of obese prostate cancer patients were gathered together by researchers and asked to adhere to a three-month exercise program in conjunction with their usual cancer treatments. Both before and after that 12-week period each patient submitted blood samples. Those blood samples were then exposed to living prostate cancer cells in a lab setting.

“When we took their pre-exercise blood and their post-exercise blood and placed it over living prostate cancer cells, we saw a significant suppression of the growth of those cells from the post-training blood,” says study supervisor Professor Robert Newton. “The patients’ levels of anti-cancer myokines increased in the three months.”

“That’s quite substantial, indicating chronic exercise creates a cancer suppressive environment in the body,” he adds.

Related: 4 Exercise Tricks for Slimming Down After 50

The myokine proteins don’t fight and stop cancer all on their own. According to Ph.D. candidate and research lead Jin-Soo Kim, while myokines are very adept at “telling” cancer cells and tumors to grow at a slower rate or even stop growing altogether, they’re incapable of actually killing cancer cells. Luckily, myokines can just call in some backup.

“Myokines in and of themselves don’t signal the cells to die,” Mr. Kim explains. “But they do signal our immune cells – T-cells – to attack and kill the cancer cells.”
Researchers add that exercise can also be helpful for cancer patients in other ways. Many common cancer treatments, such as androgen deprivation therapy (ADT), lead to muscle loss and a high likelihood of gaining weight. So, a cancer patient being treated with ADT can conceivably retain some muscle, prevent putting on extra pounds, and help kill cancer cells all by simply breaking a sweat.

In fact, all included prostate cancer patients in this study were undergoing ADT, and each person was able to maintain their lean mass while shedding some excess weight.

Related: This 15-Minute Workout Can Add Years to Your Life

And not for just prostate cancer

This study focused solely on prostate cancer patients, but the research team is confident that exercise can help suppress all forms of cancer.

“We believe this mechanism applies to all cancers,” Prof. Newton states.

“These men have high disease burden, extensive treatment side-effects and are very unwell, but they still can produce anti-cancer medicine from within,” he concludes. “It’s important as it may indicate why men even with advanced cancer, if they’re physically active, don’t succumb as quickly.”

For more, check out 3 Major Secrets to Living to 99, According to Betty White.

The post Explosive New Study Says Exercise Can Stop Cancer In Its Tracks appeared first on Eat This Not That.

3 Major Secrets to Living to 100, According to Experts