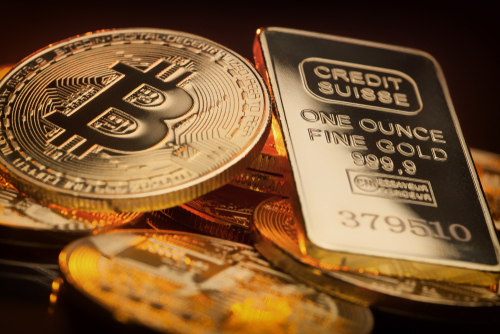 Bitcoin’s surge to prices above $69,000 amid rising inflation concerns provided further proof that investors are increasingly viewing the cryptocurrency as a better inflation hedge.

Spiking alongside gold, Bitcoin reached highs of $69,044 on 10 November. It remains bullish as of writing, with new momentum pushing it above the $66k level once again. It’s a scenario that sees the cryptocurrency market’s perception of BTC as a better store of value rise day by day.

Many financial and market experts are, however, unconvinced that Bitcoin presents a better bet as a safe haven.

Adam Button, an analyst at ForexLive says despite its recent rally on inflation fears, Bitcoin remains a risk-on asset. He says the rally provided a clue as to the flagship crypto’s growing status as a hedge asset. However, its sudden price drop on the day it rose to its current ATH suggests otherwise.

“The crypto rally on high inflation is a hint on where it’s headed as an asset class, but the sharp, late-day drop underscores the limitations. For now, bitcoin is still a risk-on asset,” he explained.

Another analyst, John Kicklighter, points to Bitcoin’s sell-off aligning with losses in the stock market and thus diminishing the cryptocurrency’s claim for a risk-off asset.

Bitcoin’s high correlation with the stock markets and the high volatility that characterises its trading appeal more to investors out for higher returns on investment, and not those seeking to sit on the assets in a market hinged on increased stimulus spending.

According to Kicklighter, the retail market fancies Bitcoin to the dollar in times of increased inflation. However, the same cannot be said of institutional interests, who are likely not to rotate into BTC when liquidity is behind the price surge.

Button adds that despite the limitations, Bitcoin’s growing attraction to institutions means it is gaining acceptance.

“I don’t think there’s any doubt that it already is [mainstream]. It’s crossed the threshold now and will continue to gain acceptance,” the analyst added.

Is In-N-Out Opening Its First Locations In This Southern State?