Dr. Fauci Says Here’s Who Should Get a Booster Now 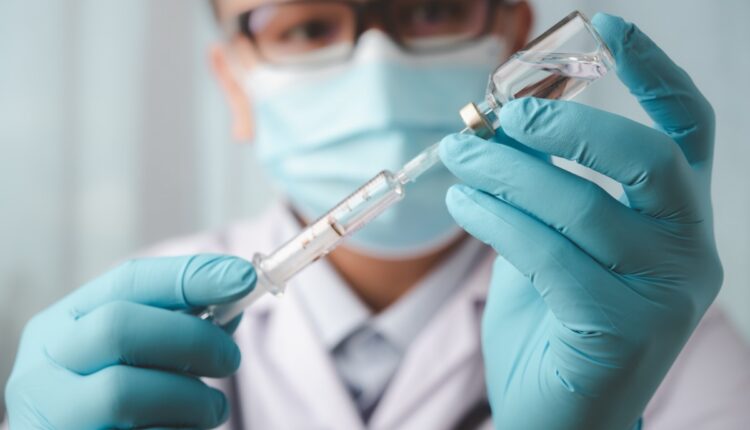 Coronavirus vaccine boosters have just been approved by the CDC, one more weapon against COVID. But who should get theirs, when will vaccines be available for kids and should we be worried about these new strains coming out of the UK? Dr. Anthony Fauci, the chief medical advisor to the President and the director of the National Institute of Allergy and Infectious Diseases, appeared on MSNBC’s Morning Joe today to discuss these concerns and offer 5 points of life-saving advice. Read on—and to ensure your health and the health of others, don’t miss these Sure Signs You’ve Already Had COVID.

Dr. Fauci Says Here’s Who Should Get a Booster and Why

“Well, it’s very, very clear from studies that we’ve done here in the United States and that others have done in Israel and other places that when you give a booster, for example, a third shot to an MRI and a two shot regimen or an additional shot to the J&J you markedly enhance your immune capability as measured by the level of antibodies. And there’s good clinical data from Israel to indicate that you dramatically diminished the likelihood that you’ll get infected and that you will get a serious outcome if you do get infected. So the availability of boosters is really a very good thing and the CDC and the FDA and their authorization, and then their recommendations has made it very clear. The J&J it’s individuals 18 or older for the mRNA it’s 65 and older, and anyone 18 to 64, who has any of the underlying conditions or who live or work in a place that puts them at increased risk of getting infected.”

Here’s who is eligible, says the CDC:

“For individuals who received a Pfizer-BioNTech or Moderna COVID-19 vaccine, the following groups are eligible for a booster shot at 6 months or more after their initial series:

For the nearly 15 million people who got the Johnson & Johnson COVID-19 vaccine, booster shots are also recommended for those who are 18 and older and who were vaccinated two or more months ago.”

A new strain of Delta is complicating a case rise in the UK. “Well, we always pay close attention to variants as they arise,” said Dr. Fauci. “As you mentioned, there’s about 10 or 15% of the isolates now are the new Delta plus in the UK. We’re keeping an eye on it on that, but Delta variant, the classic Delta variant is still more than 99% of the isolates in this country. So we still are very firmly entrenched with Delta, but you always keep your eye out. When you see new variants arise, to make sure that we’re able to be continued to be protected. One of the things you mentioned is quite true that the more virus that’s circulating in the community, the more likelihood you will get to get mutations that will lead to a new variant, which is the reason why we keep talking about why it’s so important for as many people to get vaccinated as possible. Because when you do have many, the overwhelming majority of people vaccinated, it gives the virus less of an opportunity to evolve to a new variant.”

Dr. Fauci Gave This Update About Vaccines for Kids 5 to 11, and Warns They Can Get and Spread COVID

“The timetable is as follows,” said Dr. Fauci, “on October the 26th, the FDA will be looking at the data from the clinical trial in children, five to 11 years old, that was submitted by Pfizer, which was the company that’s involved. It’s an mRNA vaccine. The data that we know of look good, it’s going to be up to the FDA and their usual fashion to make a regulatory decision. And then a few days later, likely the following week, the CDC in tuned with their advisory CUNY committee will make a recommendation for the use of the vaccine in children, five to 11. I think it’s a very important step in the direction of getting more and more people in the country, vaccinated children do get infected. It was formerly thought that they don’t get infected as much as adults. The one thing that is true, and it is a fact that when they do the likelihood of their getting a serious illness is less than for an elderly person or for someone with an underlying condition. But plenty of children get seriously ill if you go to pediatric hospitals throughout the country. So although the incidents of severe disease is less, we still want to protect the children. And that’s why we’re all looking forward to the FDA’s decision and the examination of the data.”

Dr. Fauci Says This to Hesitant Parents: “The Benefit For This Far, Far Outweighs the Risk”

“First of all, it’s entirely understandable” to be concerned about putting something in your child. “I’m a parent. And when my children were very young, I was, you know, you’re always concerned about the risk benefit. And when you’re talking about vaccines, particularly these, these vaccines, which have now been given to billions of people, worldwide, uh, billions of doses, worldwide and hundreds of millions of doses in the United States and a significant study that was done by the company about the safety and the immunogenicity of this vaccine in children, I would not be concerned because this has shown now over a considerable period of time to be a highly effective and safe vaccine. We want to protect the children. It’s always understandable. So you don’t want to poo poo a parent’s concern, but we need to reassure them that the benefit for this far, far outweighs the risk.”

Dr. Fauci Said This About Colin Powell and Conspiracy Theories

General Colin Powell died from complications of COVID, giving rise to theories that the vaccines don’t work. “Well, first of all, it was very unfortunate,” said Dr. Fauci. “General Powell is truly, was truly a great, great American, and it’s very sad that he passed away. But as he himself, I knew General Powell, an extraordinary man, that he would tell you himself, go ahead and get vaccinated, because it really is highly protective. His case was extremely unusual. Here’s a man who was in his mid-eighties who had a disease that makes your immune system highly compromised. He was on therapy that further compromises the immune system. So he was at a much, much higher risk. I don’t think you should extrapolate that to people in general, even elderly people, he got vaccinated. It would have been nice if he got the booster, but he didn’t get the opportunity to get the booster. But General Powell’s situation is really a bit unique with regard to the fact that he was significantly immunocompromised, which really changes the situation. When you talk about the ability of a vaccine to protect you when your own immune system is significantly compromised, superimposed upon the fact that you’re an elderly individual.” So get vaccinated, and to protect your life and the lives of others, don’t visit any of these 35 Places You’re Most Likely to Catch COVID.

The post Dr. Fauci Says Here’s Who Should Get a Booster Now appeared first on Eat This Not That.

The Final Verdict on Whether Coffee Pods Are Bad for You, Expert Says