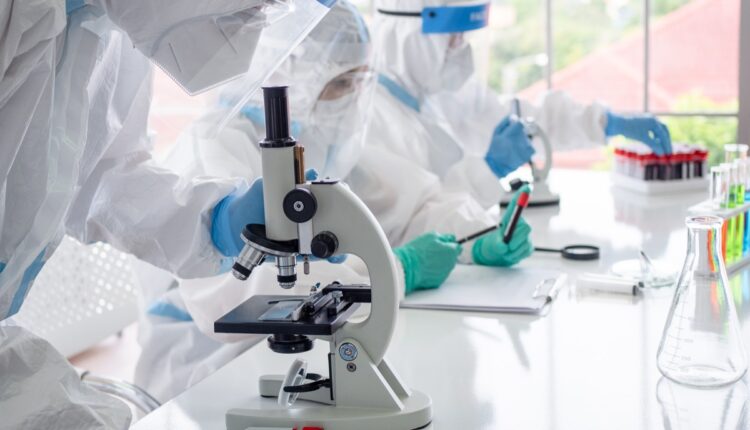 Coronavirus cases are ebbing in the USA but increasing if you tally them up worldwide—and as we head into the colder months, experts warn another surge is always possible. In fact some states in the Mountain West are currently experiencing such surges. With this top of mind, Dr. Anthony Fauci, the chief medical advisor to the President and the director of the National Institute of Allergy and Infectious Diseases, spoke at Politico’s Health Care Summit 2021 yesterday. Read on for five life-saving pieces of advice—and to ensure your health and the health of others, don’t miss these Sure Signs You’ve Already Had COVID.

Dr. Fauci Said This About the Threat of New Mutations

“There’s a tenant in virology that’s very clear that viruses cannot mutate unless you give them the opportunity to replicate,” said Dr. Fauci. “And the better that we do in containing the dynamics of viral spread, not only in our own countries, but throughout the world, the lesser an opportunity you will give the virus to accumulate a constellation of mutations that could lead to a problematic variant. I can’t give you a statistical number of how likely it will be. I know that we do have variants that have actually had some functional relevance. For example, the Delta variant that in the United States is now more than 99% of the isolates are Delta in the United States, that it is now in over 173 countries in the world that, that accumulated a group of mutations that allowed for a much greater transmissibility. So that’s one of the things we have to be careful about and why it is so compelling and important to have a global response to this pandemic and not an individual country response, but a global response because the less viral dynamics there are in the world, there’s much less of a likelihood that the virus will mutate to a van to a variant that would evade the vaccines that we have available.”

Dr. Fauci Said State’s Rights in America Have Made it Hard to Contain the Virus

Dr. Fauci called the EU’s approach to the virus “much more of an organized approach and there wasn’t much variability. It functioned very well. You know, one of the things about the beauty and yet the problem that we faced in the United States, that we have a Federalist type government where you have a central government and you have 50 individual states and more territories. And I would have hoped that when you’re dealing with a common enemy in this case, the SARS cov two virus that a public health response would have a bit more uniformity to it than what we have seen here in the United States. And, you know, there is a positive aspect of having the states have the capability and the authority to do things the way they want to do, because there’s a great deal of diversity in the United States. And that’s one of the reasons why you have the so-called state’s rights or the Federalist approach of the states having a considerable degree of influence over what happens.” He said he wishes everyone could at least agree on taking a life-saving vaccine. “Sometimes you do need a uniformity of response and by uniformity is mainly making sure all do a certain fundamental basis or matrix of how you respond to the outbreak and not have such extreme diversity where some states, and it certainly is divided along ideological issues because you can look at certain states that are red states are Republican states have a much lower level of vaccination than green states, which are the Democratic states that should not be, there should not be an ideological difference in a fundamental unquestionable public health issue, like lifesaving vaccines. So that’s one of the things that I would have hoped we could have done better. And hopefully in the future, we’ll do better with that.”

Dr. Fauci Said Here’s Why People are “Anti” Him

Dr. Fauci said “there has been a very distressing politicization of a public health issue. I mean, obviously as you know, some very far right, radical people, are very much anti-me for a number of reasons, because what I’ve had to do from the very beginning dating back to the former administration is to make sure that the only thing that you really push forth is the truth based on solid science and solid information, data driven information. And that had put me in a position of having to, and it was not very comfortable for me to do it. Would it be to contradict the president at the time, President Trump, namely to say, this is not correct saying that the virus is going to disappear like magic, and it’s not correct that certain anecdotal stories about drugs working when there was no scientific data whatsoever that it worked and going against the tenant, that if you just let everybody get infected, everything will be all right. That’s patently absolutely wrong because we already have over 730,000 deaths in our country. So one of the problems is that I was telling the truth and sometimes the truth is very inconvenient for people. So when you see people that are very, very much against you, if you look at the reasons why is because what I have done throughout my entire career, which is now well over 40 years is to be guided by the truth and by evidence and by data. And sometimes, unfortunately, the truth is very inconvenient for people. And I believe that is one of the reasons why, as you say, there are many people who are being quite derogatory in their statements about me and my colleagues who are trying to let the truth and evidence be our guide.”

Dr. Fauci Said Sometimes With Science, the Answers Change As You Learn More

Dr. Fauci thinks more people would understand that sometimes the science changes as you get new facts if he could get “people to try and understand, and we could do that by stressing science, literacy and education of our children, at least in the rudiments of, of science to understand what data and evidence means and how it relates to what the reality of a situation is. I think if people do understand that, that you ha when you follow the science, science is inherently corrective and when new information comes about that’s when you make changes. I think it’s very important. Not only now, because we certainly are not out of this pandemic phase that we’re in, we certainly are not, we have a ways to go, but even in preparation for future challenges without breaks, which inevitably will occur, that people do need to understand that you do want to follow the science, but if you follow the science and the situation you’re dealing with changes, the scientific information is also going to change.”

RELATED: The #1 Cause of Memory Loss, Says Science

The post Dr. Fauci Just Said This to Anti-Science People appeared first on Eat This Not That.

5 “Natural Cures” That are a Waste of Money

Monthly Report: US regulatory bodies are hot on the heels of digital assets