Craft Beer May Have This Surprising Beauty Use, New Study Says 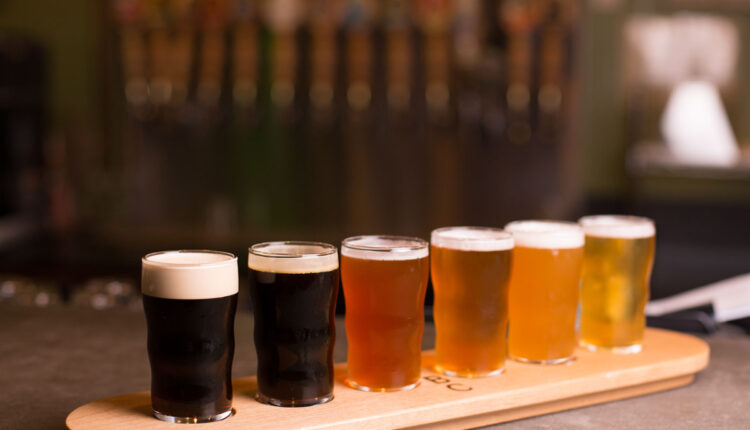 Leave it to the Italians to discover a beauty benefit in beer. In an age when many of us want cleaner cosmetics products minus the harmful ingredients of decades past, a group of Italian scientists say they’ve discovered antioxidant power in some craft beers that may respond to two tell-tale signs of aging skin.

A team of pharmaceutical researchers at the University of Camerino, near Rome, teamed up with colleagues at the University of Bologna, not far from Milan, for a new study published in the peer-reviewed journal, Cosmetics. They recognized that many craft beers are developed from malts, hops, and yeast—natural ingredients that have been shown to yield some amount of antioxidants or phenols (healthy, disease-fighting compounds).

Indeed, the scientists found that hops contained the highest phenol content, and yeast as a by-product from craft beer demonstrated the ability to better absorb phenols from the beer.

The study’s authors noted that hops and yeast which had been created during the beer’s production “showed the ability to improve the mitochondrial activity and prevent oxidative stress,” which they stated are “two features in skin ageing. [sic]”

They concluded that the study offers evidence that “waste from handcrafted beers can be an interesting source of phenols for the preparation of skin anti-aging cosmetics.”

Attenzione, if we may: This isn’t necessarily to say that drinking craft beer can be amazing for your skin (though, if it’s part of a balanced diet and healthy lifestyle, science has suggested that a craft beer every now and then may indeed deliver some health benefit).

Instead, as more of us understand that what we put on our skin gets absorbed into our bodies, it’s exciting that some scientists are analyzing natural foods to see how they may be transferable as beauty ingredients that, thanks to science, actually might help us preserve the health of our skin as time goes on.

For more on food and wellness, keep reading:

Eating Avocados May Have This Underrated Beauty Bonus
This Popular Juice May Reduce Your Skin Cancer Risk, New Study Says
This Surprising Juice Blend May Reduce Arthritis Pain, Experts Say
This One Beer Is The Secret to Living 100 Years, Says a 106-Year-Old
These 3 Foods May Lower Your Risk of Diabetes, New Study Suggests

The post Craft Beer May Have This Surprising Beauty Use, New Study Says appeared first on Eat This Not That.

Eating Avocados May Have This Underrated Beauty Bonus

Ethereum hits new ATH: Here’s where to buy it