Costco Members Refuse to Buy These 6 Items at the Warehouse 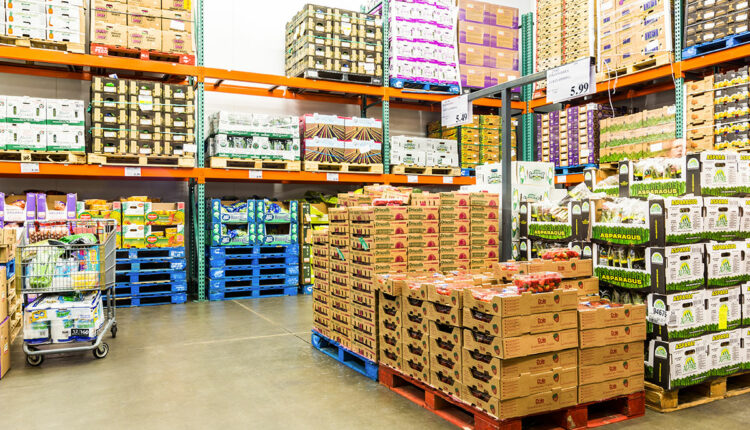 While Costco is a treasure trove of bakery treats, household staples, bulk groceries, and more, but not every member stocks their kitchen with these items. Sometimes things are better left at the warehouse and off the grocery list.

Hundreds of Costco shoppers recently detailed all the foods and goods they typically shy away from at the warehouse chain in a Reddit thread originally posted by the user @lhymes. They ask what people don’t get at Costco and why, before detailing their reasoning behind buying one item somewhere else.

The post has over 800 comments, and below are the most popular Costco items people can easily live without.

Costco members and the produce in the warehouse are not a perfect pear according to the comments on the Reddit post. Most agree that, while there are good deals, the huge amounts of fruits and veggies simply go bad before they can eat it all.

Others suggest freezing the produce left uneaten before it rots, so at least it can still be used in things like smoothies and soups.

Over 200 people agreed with Reddit user/Costco member @excuse_meh, who says they don’t buy the fruit trays because it is not worth the price and the fruit is never ripe. Another user chimed in below, noting that customers really have no way of knowing when the fruit was cut or how long it’s been sitting out.

Just like how 20 avocadoes can seem like a few too many, some members also don’t want to buy rice by the 20- or 50-pound bag. As one Reddit user put it: “I don’t own a restaurant.”

However, this bulk item could be beneficial to load into the cart should you be feeding a family or a large group of people, as @ampersandslash says.

Rice, too, doesn’t perish as quickly as other foods, like produce. Stocking up means you’re set for months.

Sure, the rotisserie chicken is a cheap option for quick meals, but some members prefer getting that and other meats like ground beef from different supermarkets. One Reddit user/Costco member says they get it for less just by paying attention to sales at grocery stores around their area.

The treats in the bakery section are fan favorites, but some Costco members don’t like buying them. Sure they’re delicious, but because of their size (we’re talking about the 3.5+ pound pumpkin pies and others) it is hard to finish off a pack of muffins, croissants, or slices of cake before they perish, Reddit user @MyUsername2459 says.

Another member in the comments has a solution, though, and it’s a hack many know and love—freeze them!

Other ways of transforming frozen croissants include layering them with jam, adding ham and eggs or chocolate, putting them in the air fryer for a few minutes, and more.

The problem many members have with buying onions in the warehouse doesn’t have to do with how many come in a bag—it’s actually because of the quality. Reddit user @00johnqpublic00 says Costco onions spoil quickly and are mushy inside—and over 100 other members agree.

This isn’t an issue all Costco onions face, though, as some others mention they get fine onions but that their area is also known for growing them nearby, and thus the travel time from farm to warehouse is shortened.

While these six items are ones members don’t want to buy, here are Popular Costco Foods That Help You Lose Weight, Say Dietitians.

For more news about what’s happening at the warehouse in your neighborhood, read these next:

15 Costco Hacks That Take Full Advantage Of Their Deals
Shoppers Are Noticing an Obvious Error on This Popular Costco Product
Costco Sold Multiple Items That Cost $100,000 Last Year, CFO Says
People Are Losing It Over This Costco Frozen Pizza

The post Costco Members Refuse to Buy These 6 Items at the Warehouse appeared first on Eat This Not That.