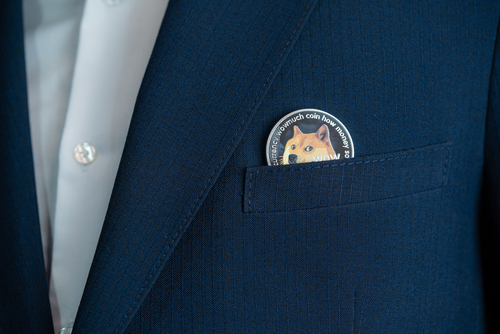 Binance CEO Changpeng Zhao, who has called for regulatory clarity in the crypto sector, says the growth of meme coins like Dogecoin and Shiba Inu only serves to highlight the power of decentralisation, a key part of the massive growth witnessed in crypto over the last few years.

Zhao observed this while speaking to The Associated Press in an interview on Tuesday.

Asked to comment about cryptocurrencies that “started as a joke” but have recently soared to rank among the largest by market cap, the Binance chief said:

“To be honest, I don’t get Dogecoin. But this shows the power of decentralisation.”

He said his opinion on the meme coins might not be important, but the digital assets are seeing growth because more people believe the coins do have value. He said of DOGE:

According to CoinGecko, Dogecoin’s price has increased by more than 8,000% in the past year. However, it has also seen some major dips, including nosedives of over 25% in June and September and nearly 15% in the last seven days.

Zhao believes the principles of supply and demand are at work here, with the entry of such coins as Shiba Inu a big buzz because there a large number of people either want to buy or sell. It gives the market liquidity, and this in turn gives the coins value.

CZ, as he is known in the crypto world, also talked about volatility, telling AP that cryptocurrencies see huge price fluctuations because the crypto market is “relatively smaller.” Zhao says that what consumers need to understand about the markets- crypto or otherwise- “is that everything is volatile.”

“You have to park your value somewhere. It could be a house, it could be stock, it could be U.S. dollars. But all of those things fluctuate against something else,” he added.

And he has some advice to anyone looking to put their money into an investment position.

Zhao said he only holds Bitcoin (bought in 2014) and Binance Coin, the native coin in the Binance ecosystem.

13 Breakfast Foods To Eat for a Longer Life

If You Can’t Do These 5 Things, You May be Obese