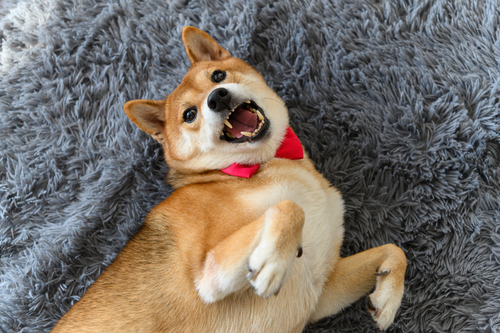 SHIB could plummet even more if whale sells bags

Shiba inu continues to struggle with sell-off pressure amid speculation surrounding the intentions of the largest whale in the dog-themed crypto’s investor community.

While the crypto is seeing some demand reload in late Friday deals, it remains largely bearish.

A whale with 40+ trillion SHIB tokens

SHIB’s price dump this week followed a whale’s decision to move over 40 trillion tokens to four different wallets. The transactions, which were in batches of 10,000,000,100,000 each, could be worth over $2.4 billion at the current price of about $0.000051. The coins were worth much more at the time the meme coin spiked to its all-time high last week.

SHIB’s price has dropped 12% in the past 24 hours, with a negative outlook on the daily chart deepening the meme coin’s woes over the past week.

After reaching highs of $0.000086 on 28 October, Shiba Inu began its sharp descent as profit booking accelerated during the week. This has seen the Dogecoin (DOGE) rival decline by more than 40%, and is currently trading near $0.000051 according to data from CoinGecko.

However, with prices below the 20 EMA and 50 SMA in the given timeframe, it’s likely another leg down sees the token retest this week’s support levels.

In technical analysis, a dead cat bounce refers to a short term rebound in the price when in a broader downtrend. While it shows signs of recovery, it typically does not signal a reversal.

Below these levels, it could be catastrophic for SHIB holders. Increased selling could likely tank prices to zero if the whale “decided to sell [his] bags.”

22 Cozy Breakfast Casserole Recipes That Are Perfect for Weight Loss