​​Stop Doing This or You’ll Get Alzheimer’s, Say Experts 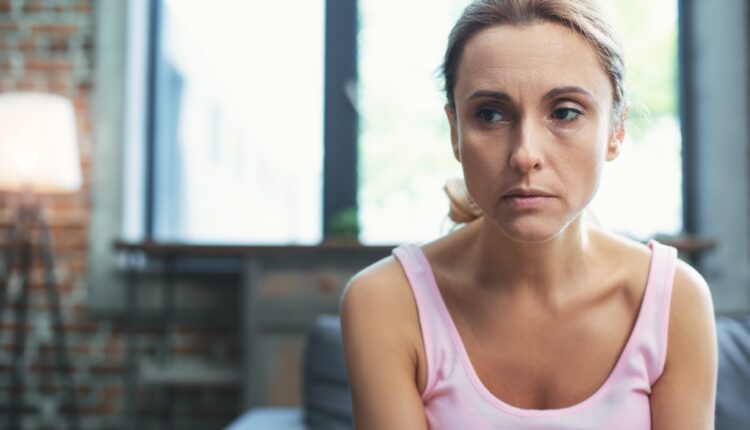 Two of the main risk factors for Alzheimer’s disease are aging and genetics, two things you can’t do anything about. But experts say you can reduce your risk of Alzheimer’s by keeping your brain healthy. These are some of the things you should stop doing ASAP to keep your mind at its sharpest. Read on to find out more—and to ensure your health and the health of others, don’t miss these Sure Signs You May Have Already Had COVID.

Loneliness is a major risk factor for dementia of any type, but particularly Alzheimer’s disease. In research published in a 2020 issue of Journals of Gerontology, Swedish scientists followed nearly 2,000 people for up to 20 years. They found that people who reported being lonely were two-and-a-half times more likely to develop Alzheimer’s than people who weren’t lonely.

Not Getting Quality Sleep

A study published last April in Nature Communications found that people who slept six hours or less per night in their 50s and 60s were more likely to develop dementia later in life. “The quantity and quality of sleep have profound physiological impacts on our day-to-day thinking, memory, and mood, as well as our long-term risk of cognitive decline and dementia,” says Scott Kaiser, MD, a board-certified geriatrician at Providence Saint John’s Health Center in Santa Monica, California. During sleep, the brain clears itself of debris and resets neural networks. Experts advise getting seven to nine hours a night.

RELATED: People With Delta Usually Feel This at the Start

Not Exercising Your Body

Exercise nourishes the brain with blood and oxygen, a powerful tool in staving off dementia. In a study published in the journal Neurology last July, South Korean scientists tracked 173 older adults who had early signs of dementia, 27% of whom had a genetic variant that predisposes people to Alzheimer’s disease. Using cognitive tests given at the beginning of the study, then one and two years later, researchers found that people who were more physically active experienced less gene-related cognitive decline.

RELATED: Major Sign You May Have Dementia, Says Study

Not Exercising Your Mind

When it comes to the brain and aging, experts have one message: Use it or lose it. In 2012, research published in the Journal of Alzheimer’s Disease found that in older adults, an active lifestyle—defined as participation in mental, physical, or social activity—delayed dementia onset by an average of 17 months. The researchers found that people who undertook more of the three types of activity experienced a greater delay in dementia onset than those who participated in less.

RELATED: Over 60? Here’s How To Live Longer

Several studies have found that consuming higher levels of flavonoids, naturally occurring compounds in fruits and vegetables, is associated with a reduced risk of developing Alzheimer’s disease. They seem to reduce brain inflammation, protect brain cells from injury and support learning and memory. Some foods rich in flavonoids include berries, citrus fruits, leafy green vegetables, tea and dark chocolate.

Having a Negative Attitude About Aging

Having a positive view of aging is associated with living longer and living better. In a study conducted by Becca Levy, a Yale psychology professor and leading researcher in the psychology of aging, participants who had positive self-perceptions about growing older lived 7.5 years longer and had lower rates of Alzheimer’s disease better than people with more negative views. And to get through this pandemic at your healthiest, don’t miss these 35 Places You’re Most Likely to Catch COVID.

The post ​​Stop Doing This or You’ll Get Alzheimer’s, Say Experts appeared first on Eat This Not That.

15 Foods You Should Never Buy When They’re On Sale